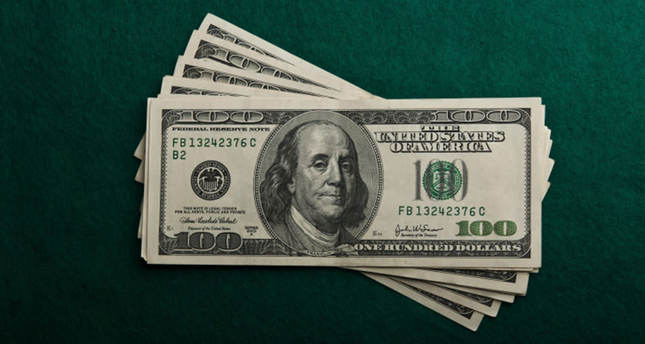 by AA Sep 22, 2014 12:00 am
The Turkish lira versus the U.S. dollar exchange rate rose to its highest level in six months on Friday amid increasing demand for the dollar after members of the U.S. Federal Reserve administration upgraded their interest rate estimates.

The Fed's Chair Janet Yellen had said in a press conference after the FOMC meeting, "The decisions the committee makes about when the appropriate time is to begin raising its target for the federal funds rate will be data-dependent."

Her comments suggested the Fed may increase interest rates sooner than expected if the U.S. economy proves to be stronger than anticipated.

Meanwhile, the Fed members' average projection for the rate was 1.375 percent up to the end of 2015 while it was 1.125 percent in previous forecasts, indicating that the pace of interest rate hikes would be quicker than anticipated.

After the surge in TL/USD rates, markets in Turkey will closely watch for statements from the central bank of Turkey's Monetary Policy Committee which are due on Sept. 25.

Bora Tamer Yilmaz, a senior economist at Ziraat Investment House, said, "If the Central Bank of Turkey shares messages which are likely to be perceived dovish, the rate may move up to the 2.3 level.

"But, if a tighter policy is observed from the central bank of Turkey, depending on global risk perceptions, a retreat to 2.2O levels in TL/USD rates is a likely scenario."