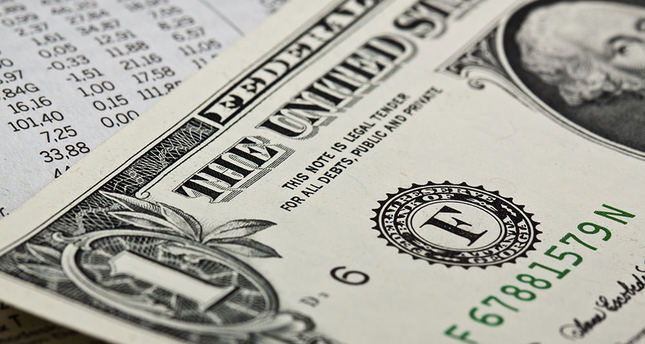 by AA Sep 25, 2014 12:00 am
The Turkish lira versus US dollar exchange rate soared to an eight-month high on Thursday after new home sales in the U.S. surged in August to their highest level in more than six years – a sign that the housing recovery is gaining traction.

The lira/USD exchange rate climbed to the 2.249 level at 1:30 p.m. (1130GMT) Thursday from the 2.235 level seen just before the announcement of the six-year high for new home sales on Wednesday.

The exchange rate climbed to the 2.260 level on late Thursday, with Turkish lira diving to its lowest level with 2.2620 since February 4.

Stronger-than-expected economic indicators are spurring investors' anticipation of earlier-than-expected interest rate hikes which are pushing the value of the dollar to higher levels.

Also on Thursday, Turkey's central bank, in its September Monetary Policy Meeting, has left the benchmark interest rate at 8.25 percent, just as it had done last month.