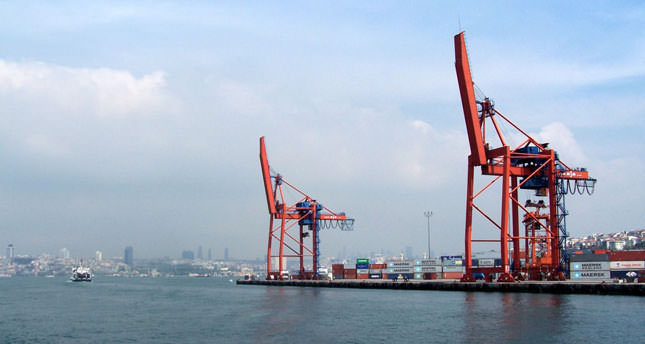 by AA Sep 30, 2014 12:00 am
Turkey's foreign trade deficit increased for the first time this year after decreasing for seven months in a row, figures released on Tuesday by the Turkish Statistical Institute (TurkStat) show. August's deficit increased to $8.03 billion (TL 18.31 billion) this year from $7.08 billion in the same month last year, an increase of 13.5 percent, according to the report. Experts believe that this year, the recovery seen in the growth rate of developed countries had a positive effect on exports, but the new data points out a downward trend in EU and Turkey's exports continue to shrink in Iraq. Experts agree on a common point; we may balance the risks by sustaining the policy of the regional diversification in exports.

Turkey's foreign trade fell in the first seven months of this year. The downward trend started in January and gained momentum after the central bank of Turkey introduced drastic interest rate rises in response to the U.S. dollar's rise against the Turkish lira in mid-January. Turkey's Banking Regulation and Supervision Agency imposed new measures to restrict private consumption, especially for electronic items such as cellphones and jewelry to ease the current account deficit. The institute valued August's exports at $11.4 billion, a 2.9 percent increase from August last year, and imports at $19.4 billion, a 7 percent decrease.

Banu Kıvcı Tokalı, Research Manager of Halk Invest, stated that the expected slowdown in imports in August remained limited, adding that despite the positive contribution of decreasing energy costs there has been an increase in gold imports, which has propped up consumer goods. Tokalı also said that despite the decrease in exports, the import of intermediate goods remains high. Furthermore, Tokalı reminded that the export-import coverage ratio was announced as below 60 percent, but he informed they do not see this as a permanent trend and expect the rate to increase to the range of 60 to 65 percent. Tokalı also said that despite the downside risks in the EU economy, as seen in recent data, the risk levels for exports may be balanced by the continuation of the country's regional diversification policy toward export markets.