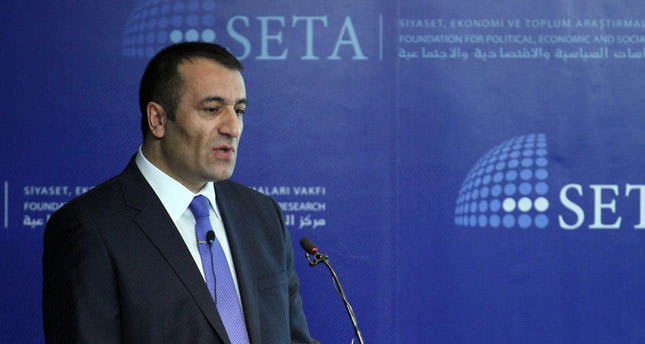 by AA Sep 30, 2014 12:00 am
Turkey has the second highest one-week repo rate - 8.25 percent - among emerging markets. Even after Governor of the Central Bank of the Republic of Turkey (CBRT) Erdem Başçı said that a drastic interest rate cut will lead citizens to foreign currencies, changes in interest rate policy did not occur as experts expected.The fact that the Federal Reserve would end its asset purchase program in September and the possibility that more severe interest rate hikes have been forecasted affected the CBRT's rate decision at a time when regional and global markets are fragile, especially for emerging markets.

According to data collected from the central banks of various countries, the Brazilian Central Bank decided to peg its indicative interest rate at 11 percent in order to eliminate value loss through inflation as a result of going above the target range. Annual inflation went above 4.5 percent in the last 48 months in Brazil where tax and social expenditures have been decreased and credits have been expanded to overcome the economic recession. Brazil has the highest interest rates among emerging markets.

The Indian central bank, which has been fighting high inflation recently, increased its interest rate levels from 7.5 percent to 7.75 percent in October, 2013, to protect waning financial savings and secure economic growth. The Indonesian central bank increased its main rate by 50 basis points on July 11, 2013, thereby reaching 6.50 percent to support its waning currency and to ease increasing inflation pressures after the government raised oil prices. The bank made another 50 basis points increase later, but even interest rates of 7 percent were not enough to stave off inflation pressures. The bank had to increase interest rates a further two times. It firstly raised rates to 7.25 percent and then to 7.50 percent to fight against a decrease in its currency, the rupiah.

Erdal Tanas Karagöl, the Director of Economic Studies at SETA said that the biggest threat for emerging markets in the near period was a possible trade-off between inflation and growth. Stating that central banks use high interest rates to prevent inflation from rising, Karagöl noted that it would increase the possibility of growth decline. Karagöl remarked that Turkey's emerging markets should focus on current structural problems to decrease the effects of global fluctuations and external financing needs.