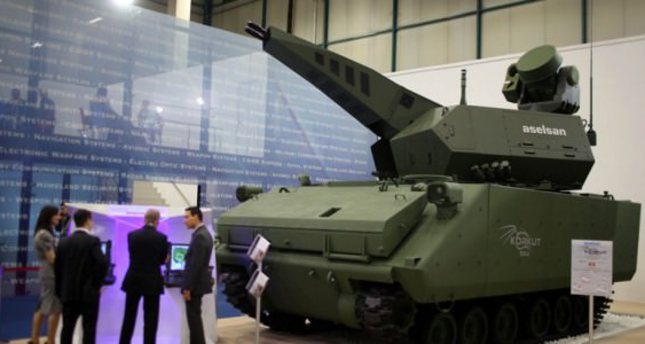 by Daily Sabah Oct 02, 2014 12:00 am
The Turkish defense industry exported $1.211 billion worth of defense and aerospace equipment in the first nine months of the year, while the biggest export country has once again become the U.S., importing $433 million worth of Turkish defense goods in the period. According to data compiled from the Turkish Exporters Assembly (TİM), the Turkish defense industry satisfies more than half of its requirements through its own means, while the sector's exports continue unabatedly. The sector's exports, which were recorded as $114.505 million in September 2013, reached $160.587 million in September 2014, an increase of more than 40 percent. From January to September last year, the sector carried out exports valued at $986.3 million, while this figure rose to $1.211 billion in the same period of this year, seeing a 23 percent increase.