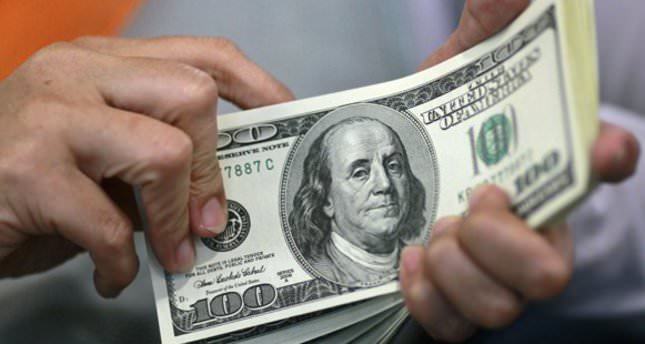 by Daily Sabah with AA Oct 09, 2014 12:00 am
The Turkish Statistical Institute (TurkStat) has announced the real rate of returns for financial investment instruments for September. According the statement, the highest real return of last month was seen in the U.S. dollar, which rendered profits of 1.43 percent and 2.15 percent when adjusted to the producer price index (PPI) and the consumer price index (CPI) respectively.

When the other investment instruments were reduced by the PPI, the gold bullion yielded a return of 2.94 percent, while the BIST 100 index, euro and Government Debt Securities (GDS) caused investors to lose 1.92, 1.70 and 0.17 percent consecutively. When adjusted to CPI terms, the GDS and deposit rates yielded real returns of 0.56 and 0.27 percent respectively, while the gold bullion, BIST 100 index and euro caused losses of 2.26, 1.23 and 1 percent respectively.

According to the evaluation, the U.S. dollar was the most lucrative investment instrument for the third quarter of 2014, bringing returns of 2.27 and 3.62 percent when it is adjusted by PPI and CPI respectively. The euro, on the other hand, was the most unprofitable investment instrument with returns of 2.89 and 1.61 percent after PPI and CPI adjustments.

According to the semi-annual evaluation, the BIST 100 index was recorded as the most advantageous means of investment, which tendered PPI- and CPI-adjusted profits of 19.49 and 18.17 respectively. In the same period, the gold bullion became the least profitable investment option, which made investors lose 8.77 and 9.78 percent after respective PPI and CPI indexation.