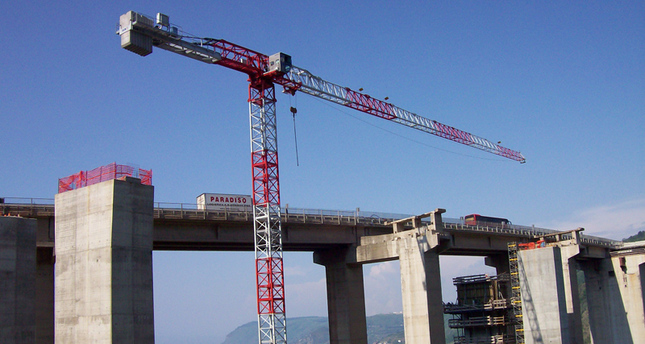 by Cameron Thomas Oct 23, 2014 12:00 am
The Turkish Statistical Agency's (TurkStat) third quarter building construction cost index revealed a 1.6 percent increase compared to the previous quarter and a 10.6 percent increase compared to the same quarter last year. Rising costs in the construction sector can largely be attributed to the industry's growth which increased at a compound annual growth rate of 12.6 percent from 2009-2013, according to Market Research Report's Tuesday business wire. Turkey's construction growth outpaced neighbors despite the global financial and eurozone crises, with solid expectations of further growth from 2014 to 2018 being forwarded by analysts. According to TurkStat, the 10.6 percent annual change in costs for 2014 eclipsed 2013's more modest 6.4 percent growth, showing signs that the sector is still steaming ahead. With government investment through private sector partnerships (PPPs) acting as the driving force behind the majority of the construction projects taking place in Turkey, further ventures proposed in the government's long-term 2023 plan will see continued increases in the sector. Deputy Prime Minister Ali Babacan had previously stated that the growth of the Turkish industrial/manufacturing sector was necessary to sustain innovative economic expansion, and that growth in the construction sector - which is considered the "locomotive" of the economy - had become unsustainable, outstripping other vital sectors along its meteoric growth path, and contributed to the "ugliness" of Turkey's major cities.