US banana giant Chiquita sold for $681M to 2 Brazilian bidders 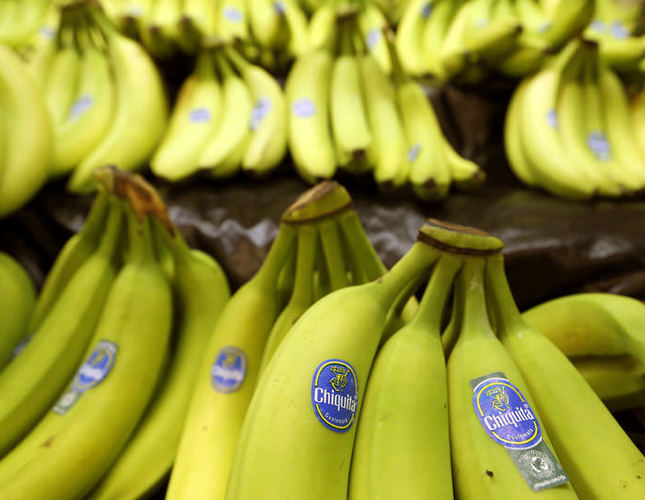 by Associated Press Oct 27, 2014 12:00 am
Chiquita has sealed a deal to be acquired by two Brazilian companies for about $681 million, with the U.S.-based banana producer expected to go private by the end of this year or early next.

The deal comes just days after the fresh produce company's shareholders rejected plans to merge with Fyffes, another major banana producer, based in Ireland.

Chiquita Brands International, based in Charlotte, North Carolina, said Monday it will be acquired by the investment firm Safra Group and the juice company Cutrale Group for $14.50 per share, a 2 percent premium to its Friday closing price of $14.16.

The companies put the transaction's value at about $1.3 billion, including the assumption of Chiquita's debt.

Chiquita, founded in 1870, is among the world's top banana producers, along with Fresh del Monte, Dole and Fyffes, according to BananaLink, a nonprofit in the United Kingdom that raises awareness about working conditions in the industry. The company, which employs about 20,000 people in about 70 countries, also produces pineapples and packaged products like salad blends and sliced apples.

It said its board unanimously approved the deal.

Once the transaction is complete, Chiquita will become a subsidiary of the Cutrale-Safra Group. The Cutrale Group says it already has more than a third of the $5 billion orange juice market, and also sells oranges, apples and lemons.

On Friday Chiquita and Fyffes PLC gave notice to terminate their proposed merger agreement after Chiquita's stockholders didn't approve a revised transaction agreement between the two companies during a special shareholders meeting.

The proposed agreement with Fyffes was an all-stock deal, with the companies planning to incorporate in Dublin to take advantage of lower tax rates. Chiquita is based in Charlotte, North Carolina.

Once Chiquita's shareholders rejected the proposed deal with Fyffes, Chiquita said that it planned to enter talks with Safra and Cutrale on their competing offer of $681 million. Chiquita had received the bid from the pair last week after previously rejecting offers from the duo. The prior offer from Safra and Cutrale was $14 per share. They had bid $13 per share in August.

Shares of Chiquita added 21 cents, or 1.4 percent, to $14.37 in morning trading. Its shares have risen more than 40 percent in the last three months.