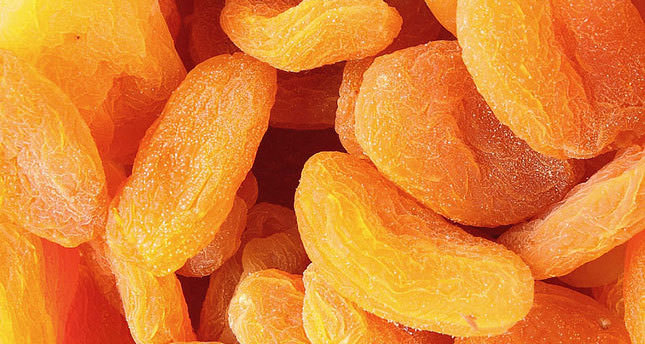 by Daily Sabah with Agencies Oct 29, 2014 12:00 am
Speaking to Anadolu Agency, the Chairman of the Board of Directors of Malatya Commodity Exchange, Gürsel Özbey, said that 90 percent of the production of dried apricots in Turkey and 70 percent of the total production in the world takes place in the Turkish province of Malatya. The province of Malatya exported the largest quantity of dried apricots to the U.S. in August and September.

Emphasizing that approximately around $300 to $350 million (TL 658.2 million to TL 767.9 million) worth of dried apricots are being exported annually from the province, Özbey said that around 40,000 families are living off the revenues of dried apricot exports.

About one hundred exporters deliver dried apricots to various countries in the world and therefore, the province is becoming more famous around the world as well. The highest number of exports from Malatya was made to the U.S., followed by Germany, France, the Russian Federation and the U.K. and 64 different countries in total.