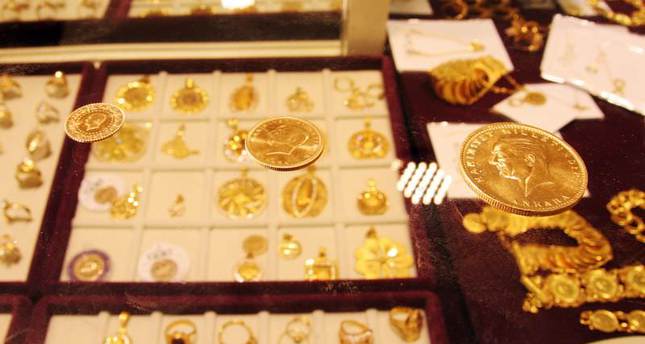 The continuous fall in gold prices in Turkish markets has attracted long-term investors and those who borrow loans in gold. Investors have been rushing to gold stores, causing supplies to drop lower than usual and making it difficult for sellers to meet demands.

According to Mustafa Karliova, a store owner in Turkey's gold center, Grand Bazaar, who was interviewed by Anatolian Agency, it is not expected that an ounce of gold will fall below 1450 dollars. In such a case, it would mean that the gold prices would drop to levels of ten years ago, at 65-70 liras for a gram, he added.

It is expected that a gram of gold will fluctuate between 80 and 87 liras per gram, Karliova added.

Furthermore, Gold and Money Markets expert, Mehmet Ali Yildirimturk, said that the difference between an ounce of domestic gold market price and international gold markets is 10 dollars, in favor of the domestic markets, while in kilograms to dollars it is maintained at 300 dollars.