Turkey: Shuttle trading worth $7 billion in 2014 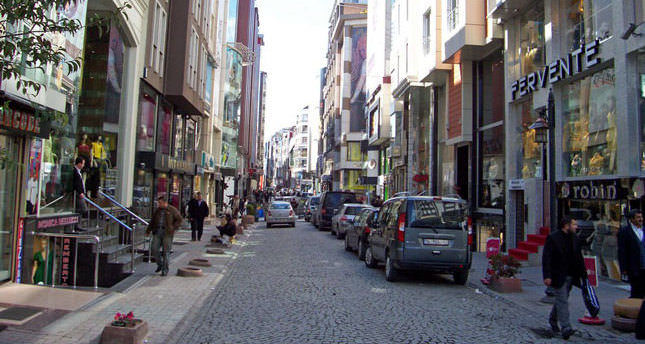 by AA Nov 14, 2014 12:00 am
The shuttle trading, in which consumers from Central and Eastern Europe fill their suitcases with consumer goods from Istanbul shops, has increased by 22 percent, reaching $6.7 billion in the first nine months of this year, the Turkish Central Bank said on Thursday. The shuttle trading has been a significant source of revenue for Turkey since the fall of the Soviet Union when people from Russia, Romania, Georgia and Armenia began to come to Turkey in the 1990s to purchase consumer goods and pack their suitcases with items to sell in street markets back home. The trade is primarily centered in Istanbul's Laleli district and in the back alleys of Istanbul's Aksaray district. Traders usually buy cosmetics, household items, and textiles to fill their suitcases and take them back home for resale. Sales are up from $5.5 billion in 2013, the central bank said. Sales reached $7.4 billion for the full year. The bank also said that the trade hit $2.7 billion in the third quarter of this year, its highest level in 18 years. The increase comes at a time when Turkish exports are relatively weak due to regional instability and the global economic slowdown.