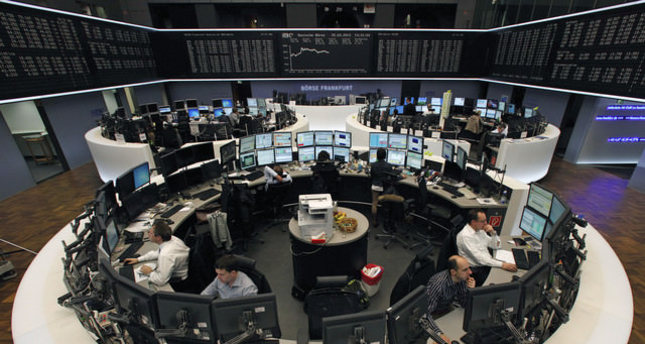 Shares in oil services firms, recently hammered as oil prices sank below $80 a barrel, bucked the trend as M&A activity fuelled expectation of consolidation in the struggling sector. France's CGG jumped 23 percent on news of a 1.47 billion euro ($1.84 billion) takeover offer from larger rival Technip, a bid that CGG rejected. Technip shares fell 6.5 percent, while Fugro surged 4.1 percent, Saipem rose 2.2 percent and TGS gained 2.1 percent. "It puts the spotlight on a sector which is at the start of a wave of consolidation, under pressure due to weakening oil prices. The rejected bid (on CGG) may open the door for other suitors which can offer better synergies," Barclays France fund manager Renaud Murail said.

The rally in the sector was limited, however, as Brent crude oil fell below $78 a barrel yesterday, hurt by weak economic data from Europe as well as from China. Brent, which was heading for its lowest close in four years, has fallen a third from its peak for the year in June. Data showed euro zone business growth has been weaker than any forecaster expected this month and new orders have fallen for the first time in more than a year despite further price-cutting. In Asia, figures showed earlier on Thursday growth in China's vast factory sector stalled in November, with output contracting for the first time in six months. At 1200 GMT, the FTSEurofirst 300 index of top European shares was down 0.7 percent at 1,349.89 points. Spain's IBEX was down 2 percent and Italy's MIB down 1.7 percent. European stocks have been oscillating in a tight range since late October, as worries over the outlook for the global economy have been offset by a dovish tone from central banks.

On Monday, ECB President Mario Draghi raised the prospect of further stimulus steps. Draghi said the ECB stimulus was gaining traction, adding that if current efforts should prove insufficient to accelerate the euro zone recovery, the central bank was ready to do more. "You can't fight the central banks at the moment," said Franck Nicolas, head of investment and client solutions at Natixis Asset Management, which has 310 billion euros ($389 billion). "We're concerned about the distortion in asset prices due to the massive liquidity from the central banks, but at the same time we can't just stay on the sidelines while the rally in stocks continue."