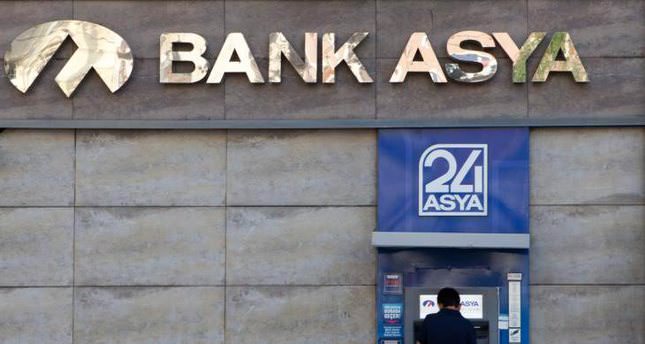 by Daily Sabah with Agencies
Nov 21, 2014 12:00 am
Bank Asya made an announcement through Public Disclosure Platform (KAP) on Friday stating that 80 branches have been closed and 1,708 employees have been laid off due to the change in the bank's financial size.

According to the bank's announcement, 80 branches were closed through merges with other branches, and the number of employees decreased by 1,708 employees compared to the end of 2013.

The bank stated that the downsizing was enacted in order to decrease operational costs and increase the profitability in 2015.

The bank, known for its ties with the Gülen movement, was heavily affected by the 17 and 25 December operations and the following political turmoil, which were labelled by the government as a coup attempt.