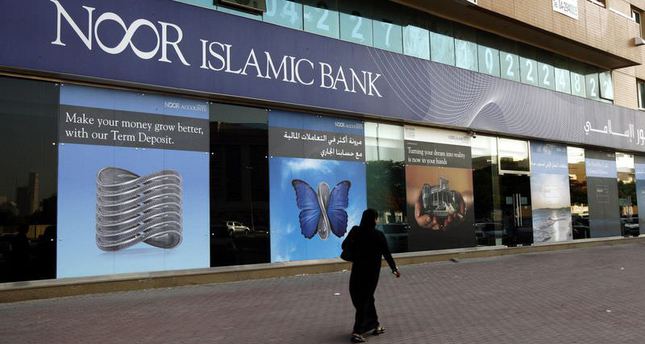 Islamic financial institutions grew nine-fold to $1.8 trillion between 2003 and last year. As well as the religious aspect, customers are attracted to Islamic finance for its flexibility and link to real economic activity

When a Muslim cleric told Ahmad Salim that Shariah law forbids paying interest, he returned his days-old loan to the bank and turned to the fast-growing industry of Islamic finance. It is a market that has doubled in size over the past four years and is now worth more than $2 trillion, with demand forecast to soar to new heights. Salim returned a $35,000 loan just two days after he received it from a conventional bank in Kuwait.

"A cleric told me it is not permissible under Islam to take loans from a non-Islamic bank because they charge interest," the white-collar worker said. A few days later, he arranged for a loan from an Islamic bank after paying a $700 service charge.

As well as the religious aspect, customers are attracted to Islamic finance by its flexibility, link to real economic activity and its ban on transactions involving speculation or uncertainty, experts say.

To meet ever-increasing demand, Islamic finance has developed numerous products compliant with Shariah law, from loans for cars and houses to funding for major infrastructure projects.

Around 40 million of the world's 1.6 billion Muslims are now clients of the Islamic finance industry, which has surged in popularity since its days as a small niche market in the early 1970s. The International Monetary Fund (IMF), the World Bank, and other global economic bodies estimate that the assets of Islamic financial institutions grew nine-fold to $1.8 trillion between 2003 and last year.

They are estimated to have already crossed the $2 trillion mark. The industry, which spans more than 70 countries, could be worth $4 trillion by 2020, according to forecasters including Standard and Poor's. About 80 percent of the assets are now in banks, 15 percent in Islamic bonds called sukuk, four percent in investment funds and one percent in Islamic insurance known as takafful. Iran accounts for about 40 percent of Islamic banking assets, Saudi Arabia 12 percent, and Malaysia 10 percent. Proponents argue that Islamic banks outperformed their conventional counterparts during the 2008 global financial crisis. Their capital and liquidity buffers are seen as helping to shield them during market turbulence or credit shocks.

"Islamic banks generally escaped the worst effects of the 2008 financial crisis because they were not exposed to subprime and toxic assets," World Bank managing director Mahmoud Mohieldin said in a recent research note. But the industry, based on the sharing of profit and losses, was badly hit by the second round of the crisis which affected real estate and other sectors in the Gulf region.

"In the Gulf, both Islamic and conventional banks and companies were hit equally by the crisis. Some Islamic investment companies were forced out of the market," Saudi economist Abdulwahab Abu-Dahesh said. Islamic finance's link to solid assets is seen as one of its major strengths. "They do not deal in derivatives or speculation," said Abu-Dahesh, a former senior economist with a conventional bank.

Introduced more than a decade ago to cater for large-scale financing, sukuk bonds are among the most successful Islamic financial products. Shariah prohibits trade in debt, so unlike conventional bonds, which give ownership of debt, sukuk are asset-based securities that give investors a share in the project. They also offer better yields. In June, Britain became the first sovereign issuer of sukuk outside the Islamic world with an issue of 200 million pounds, an offering that was swamped by strong demand. The global value of such outstanding bonds was $269 billion at the end of 2013, and the market is expected to expand at a double-digit rate, Dubai International Financial Centre governor Essa Kazim estimates.

Sceptics say the booming industry owes its success to religion, but others say it also makes financial sense. "I have been dealing with Islamic banks for the past two decades for purely economic reasons and good profit," said Amin Mahmoud, a private sector manager.
Last Update: Nov 24, 2014 10:21 am