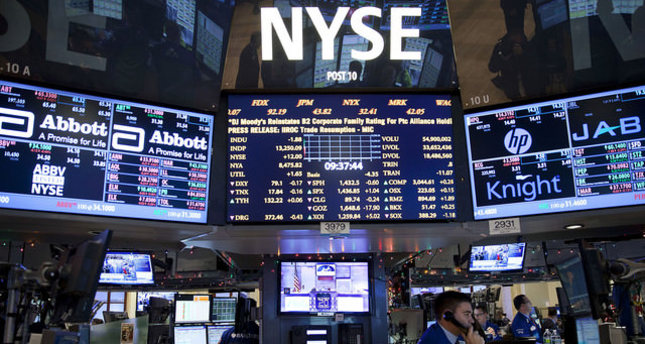 Markets drooped on the back of news out of Europe on Thursday, which saw the European Central Bank's (ECB) benchmark interest rate unmoved and reluctance to expand its asset purchasing program despite looming expectations for future growth within the bloc. Friday saw gains among most major markets however, with validated expectations of higher U.S. job numbers.

The FTSE 100 was up 0.7 percent at 0921 GMT, increasing to 6,728.72 points after closing 0.6 percent lower in the previous day's trade indicating disappointment at a lack of new stimulus measures from the ECB. The FTSEurofirst 300 also lagged 1.4 percent on Thursday after the deflating news. Even though the pro-stimulus side of the bench had to cave to the more conservative dissenters, ECB President Mario Draghi re-assured investors and markets that the committee would re-assess the situation again next year depending on what early-2015 figures display. "Should it become necessary to further address risks of too prolonged a period of low inflation, the governing council remains unanimous in its commitment to using additional unconventional instruments," Draghi said. "This would imply altering early next year the size, pace and composition of our measures." Germany reasserted its opposition to the ECB's stimulus expansion plans on Friday with a statement emphasizing that the quantitative easing models in countries like the U.S. and Japan may not be as effective in the EU. "You cannot simply apply the same formula in Europe that has enjoyed success in the U.S. or in Japan," President of the Deutsche Bundesbank Jens Weidmann said at a press conference in Frankfurt yesterday.

"In the USA, there is a central state that issues bonds that are very safe and secure. We don't have that central state here," said Weidmann. Wiedmann's comments echoed prior statements from German Finance Minister Wolfgang Schaeuble who said loose monetary and fiscal policies caused more problems for economies than they solved. On the same day, Germany's Bundesbank slashed its 2015 growth forecast to 1.0 percent for the EU's biggest economy. Markets had little time to recover from the news out of Europe before the U.S. Labor Department said Friday morning (1330 GMT) that it would be releasing jobs data for the month of November. The FTSEurofirst 300 saw a 1 percent rally on Friday buoyed by expectations that over 200,000 new jobs had been created in the U.S. for the previous month.

The Standard and Poor's 500 index and the Dow Jones Industrial average were both up 0.1 percent also expecting solid gains in the job market.
Britain's main index also turned around Friday morning after slumping Thursday due to the lackluster comments from Draghi. The rebound was led mostly by investors betting that U.S. jobs data would continue its positive streak.

Friday saw an average rise in Asian markets despite losses on Wall Street, finishing up the week positively ahead of the U.S. jobs data release. Tokyo rose 0.19 percent, building on a six-day rally to end up at a new seven-year high of 17,920.45.

Although many of the day's movements, and the week in general, occurred as a result other regional developments such as fresh stimulus measures being issued in China, which propped up Asian markets - most notably Shanghai and Hong Kong - the attention of markets at the end of the week was centered on the U.S.'s continued growth trend. "The focus today is clearly the U.S. labor market data, and the U.S. economy appears to be on a stable growth path," Arno Endres, the Luzern, Switzerland-based head of financial analysis at Luzerner Kantonalbank, told Bloomberg. "U.S. markets were disappointed with Draghi's comments yesterday, but market conditions remain favorable." "We know the employment growth has been decent for a couple of months now, so if we get close to the consensus, that just confirms what we already know," Philip Marey, a U.S.-focused Rabobank economist, told Reuters news agency prior to the release.

Reuters reported Friday that even with the positive turn at the end of the week the MSCI's 45-country All World index was lumbering toward its first weekly drop in a month.