US Fed says won't raise rates for a 'considerable time' 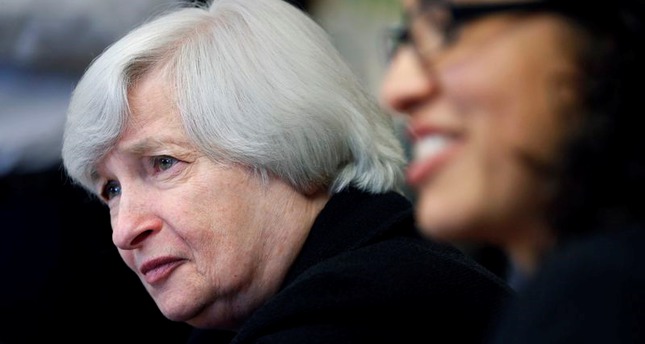 by Anadolu Agency Dec 17, 2014 12:00 am
The Federal Reserve is signaling that it's edging closer to raising interest rates from record lows because of a strengthening U.S. economy and job market. But it is promising to be "patient" in determining when to raise rates.

The Fed says this "patient" approach is consistent with what it called its "previous" guidance that it expected to keep the rate near zero for a "considerable time."

The Fed gave no specific guidance on when the first rate hike might occur.

Most private economists believe that the first rate hike will occur in June as long as the inflation outlook doesn't remain persistently below its target rate of 2 percent. In an updated economic forecast, the Fed lowered its inflation forecast for next year to 1 percent to 1.6 percent.

"We emphasized that any turmoil in Turkey will certainly be temporary and we are now focused on reducing inflation with all the policy instruments in our hands," Başçı said.