Central Bank president: It is highly possible for interest rates to decrease further 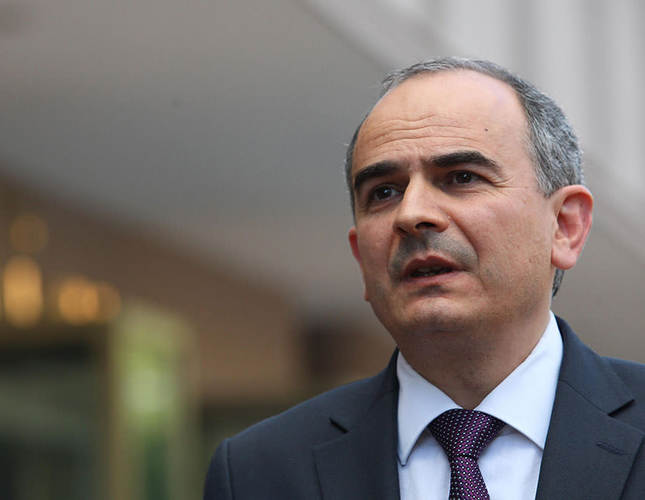 by Daily Sabah Jan 23, 2015 12:00 am
Turkey Central Bank (CBRT) chairman Erdem Başçı has spoken to the press for first time since the Bank's decision on the decrease in interest rates on Tuesday, which was criticized by President Erdoğan and government officials for being lower than their expectations.

Chairman Başçı spoke to Anadolu Agency at the World Economic Forum in Davos, stating that 2015 had started as a year of opportunities for Turkey, and it may also be the beginning of a process of healthy growth despite more stagnant growth in the world.

"Financial strategy of strong and balanced growth has three pillars, which can be summed up as low inflation, low real interest rate and cautious borrowing," Başçı said.

"In the upcoming period, regarding the first two pillars, it is highly possible for inflation and interest rates to decrease" Başçı said, providing a reminder of the importance of macro prudential measures for cautious borrowing in Turkey and in the world. Başçı added that CBRT will hold a press meeting on January 27 to share further details regarding projections on Turkish Lira interest rates.

The scope of rediscount credits, used to finance Turkish exporters with low cost, will be increased to cover tourism and health, Başçı stated.

Başçı said that the central bank chairmen of G20 countries had confirmed their participation for the first summit of such type in Istanbul on February 9 to share their experiences on macro prudential measures.