Is only the Turkish Lira depreciating against the U.S. Dollar? Expectations and facts 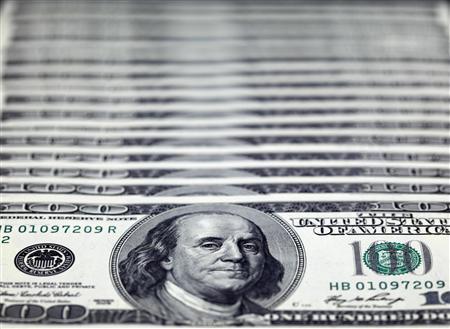 by Kıvanç Alphan Mar 06, 2015 12:00 am
Currently, the whole nation is interested in the record rise of the U.S. Dollar against the Turkish Lira. What everyone is wondering is whether the rise of the dollar will continue or not. But in reality, this question is currently being asked in various developed and developing countries all around the world. Currently the U.S. Dollar Exchange rate is increasing against almost all currencies. The euro has depreciated by 21 percent against the dollar and currently the parity is below 1.10. The British Pound has also depreciated by 10 percent from 1.72 to 1.52 compared to last year. The dollar index has increased by 6 percent within the last 12 months.

One of the main reasons for the rise of the dollar is the improvement observed in the American economy along with the expectation that the American Central Bank, FED, will announce that it will increase interest rates. This expectation is hanging like the sword of Damocles above markets.

Along with such developments, China's announcement of low growth expectations has also led to a drop in motivation in the markets. China, which is expecting to reach a growth rate of around 7 percent, has caused a 0.4 percent loss in the developing countries index as this rate is the lowest growth expectation rate in the last 15 years. 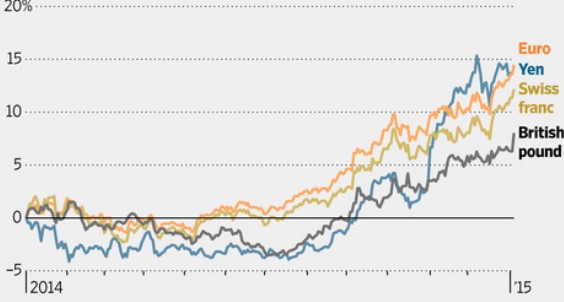 Major currencies' poor performances this year against the U.S. Dollar can be seen in the graph above


Accordingly, currently the rise of the dollar is mostly dependent on foreign factors and conditions are not appropriate for a decline any time soon. Further, the pressure and expectation in Turkey for the Central Bank of Turkey to decrease interest means the power of the dollar based on international dynamics is being supported within Turkey. This national confusion is enough to explain why the Turkish Lira has suffered the most against the dollar among all other developing countries.

Questions are being asked about the reaction of the Central Bank of Turkey. Consequently no one wants to take risks and people want to remain with the safe dollar, which in return is causing foreign investors to pull out of Turkey. Both foreign and local investors prefer the security of the dollar. Such a reaction is causing deposit rates to increase.

In addition to these developments, Turkey is now on the verge of a general election and the political tensions in Turkey are increasing the vulnerability of local markets. Investors should strive more to reestablish trust.

While the dollar exchange rate may exceed TL 2.60 rate, this is an extreme level yet, it is not possible to expect a decrease in parity soon due to the foreign trade cycle. We have to wait for first the fire in Turkey and then the fire abroad to be blown out.