Lira not alone with depreciation, however careful policies needed 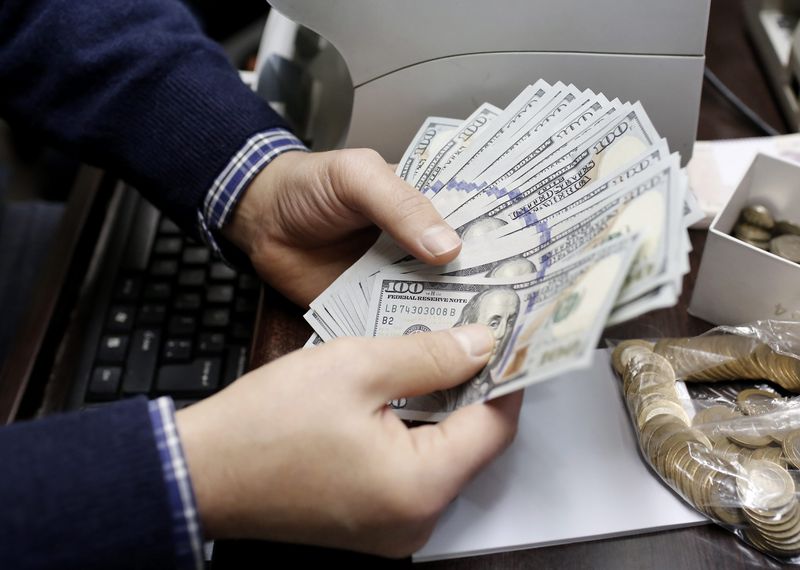 Turkish Lira was not the only currency that has depreciated over the past year, however, the government should follow very careful policies concerning private debt and global trend towards a stronger Dollar

Starting from as early as 2013, more than 1,500 entries have been posted under the "2015 economic crisis" headline of eksisozluk.com, one of Turkey's most visited social platforms. Describing the current status of the Turkish economy as a "crisis" would be unfair, at least when compared with former crises that Turkey has suffered in the past. The website and its community are perceived by many to be biased against the Justice and Development Party (AK Party) government and its policies with their staunch opposition. However, there is no doubt that in the last couple of weeks the Turkish economy had witnessed its most problematic period since 2002.

Aided by the U.S. dollar's strong performance on a global scale, weak domestic economic indicators such as exports and unemployment, increasing food prices that are directly affecting consumers, fluctuating currency rates and market performance have been at the top of the Turkish agenda for the last couple of months after a long break since the early 2000s.

Indeed, the devaluation of the Turkish lira has had serious impacts on the Turkish economy. Turkey's industrial production is mainly based on raw materials that do not exist in the country, while it is almost totally dependent on imports for energy resources. The added value created in the country is still limited as most industries function merely as assembly lines operating with foreign know-how, while transferring high royalty amounts abroad. The more the lira loses its value, the less the country receives an added value from its industries. A cheaper Turkish lira might be interpreted as increasing exports in terms of quantity; however, a notion that is emphasized by almost all economists is that Turkey should increase its exports in terms of quality, and it is backed by monthly statistics released by the Turkish Statistical Institute (TÜİK) and the Turkish Exporters' Assembly.

On the other hand, most industrial products consumed in Turkish markets are still imported products. The current devaluation trend of the lira will also have two direct effects that are easy to predict. The first is that Turks will pay more for these products, increasing the current account deficit and transferring a larger portion of the value created by the Turkish workforce to foreign countries. The second is that less people will pay more for these products, shrinking the economy, growth rates and employment numbers.

Turks, with the help of economic achievements of the last decade, expect high paying, specializing jobs, and this expectation has proved itself, at least in some way, with unemployment numbers. The general tendency in the Turkish workforce and among Turkish youth shows that people are eager to transform the economy from being a cheaper assembly line next to Europe or safe production hub next to the Caucasus, Balkans or Middle East, into a strong industrial power. The former policy has been the case since the early 1960s, and came increasingly into effect following the liberal transformation of the 1980s, but it is not enough for Turks anymore. With each passing day that Turkey practices its former industrial policy, the country adds another tick to its social tension card.

With the unemployment rate exceeding 10 percent in a young and educated society with good connections to the rest of the world, Turkey needs an economy that grows above the world average. That is why President Recep Tayyip Erdoğan and the rest of Turkey's executive body constantly emphasize low interest rates, as they suggest that cheaper funding for new investments can be provided. One should not forget that existing industries suffer from the current regional problems and currency issues in global markets. Investors prefer businesses with steady and healthy profits with stable exchange rates, instead of ones that continue to operate just to keep it running.

Many experts state that Turkey should not welcome the U.S. Federal Reserve's (Fed) highly anticipated interest rate increase in such a political environment; otherwise, we might be talking about an actual 2015 economic crisis fueled by currency rates.

Weak performances in China, Japan and the eurozone, Russia's economy crippled by sanctions and increasing turmoil in North Africa and the Middle East do not give hopeful signals for 2015. The Fed's decision to increase interest rates, which was signaled in 2013, means the end of plenitude of the U.S. dollar in world markets. If countries had prepared themselves for this shockwave earlier, it would just remain as a shockwave; for the others, it would be a crisis.

Turkey has conducted important structural reforms since 2002, transformed its financial system and applies tight fiscal policies. The country has relatively low public debt with debt amounting to 33 percent of its gross domestic product (GDP). However, private debt is higher and vulnerable to currency shocks, and that is why the government must pursue a tight fiscal policy with minimized losses for businesses.

Meanwhile, Turkey is not alone in suffering from the strong performance of the U.S. dollar. As the economic indicators highlight the large scale recovery in the U.S., the U.S. dollar has strengthened its position against other currencies all around the world, especially in developing economies. Alongside the Turkish lira, here are some of the worst performing currencies in the last 12 months:

Brazilian real (BRL) (-33.74 percent):
The real, the currency of one of the world's biggest developing nations, lost is value by 15.33 percent in the last three months against the U.S. dollar's strong performance. The country was shaken by the mass protests against the burden caused by the 2014 World Cup along with heavy social and economic issues, which had started in 2013 and continued until June 2014, while political concerns continued until the tight presidential race in October 2014. The real lost 29.44 percent of its value against the U.S. dollar in the last 12 months, while the loss was realized as 33.74 percent in the last six months, with the help of falling oil prices that deeply affected Brazil, one of the world's major oil exporters. The real has been the worst performing currency against the U.S. dollar in 2015 so far.

Swedish krona (SEK) (-32.26 pct):
The Krona, one of the world's most traded currencies despite its home country's relatively smaller economy, was deeply affected by the U.S. dollar's strong and eurozone's weak performances. The six-month performance of the krona was very poor, as it lost 19.28 percent of its value against the U.S. dollar, while the 12 month performance was equally poor with a 32.26 percent loss.

Euro (EUR) (-21.7 pct):
Poor economic performance of the eurozone in general was one of the key triggering factors of the U.S. dollar's strength, while slowing the recovery of the U.S. economy and seriously affecting Turkey and other developing nations. The euro's 12-month performance was very poor with 21.7 percent loss, followed with 16.22 and 11.68 percent losses in the last six and three months, respectfully.

Turkish lira (TRY) (-20.34 pct):
Another important developing nation that was seriously affected by the strong U.S. dollar performance was Turkey. Just like 2013, 2014 was a tense year for Turkey, as two elections took place, while there were ongoing debates and conflicts within the country regarding the Kurdish issue and the dispute between the government and Gülen Movement-linked groups dubbed the "parallel state." The loss of the lira has been 20.34 percent in the last 12 months. Recent disputes between the government and the economy administration seem to have increased the impetus of the loss, as the devaluation was realized as 21.70 percent in the last six months and 16.20 percent in the last three months. As a country with poor fossil fuel resources and important consumption, Turkey was hopeful to benefit from falling oil prices, but the current trend of its currency seem to have canceled this gain. The lira was the second worst performing currency against the U.S. dollar in 2015.

Japanese yen (JPY) (-17.25 pct):
The yen has been heavily affected by the country's stagnating figures over the past 2 years. Against the U.S. dollar, the yen's value decreased by 17.25 percent in the last 12 months and 15.04 percent in the last six months. However, it had shown stronger performances in recent months, as the last three months were recorded with a 0.54 percent gain.

Swiss franc (CHF) (-11.95 pct):
The strengthening of the U.S. dollar has not skipped even the Swiss franc, regarded as a safe harbor among currencies. The annual loss of the franc was 11.95 percent, followed by losses of 5.97 and 0.82 percent in the last six and three months, respectfully.

British pound sterling (GBP) (-7.4 pct):
With 7.94, 3.53 and 1.40 percent losses against the U.S. dollar in the last 12, six and three months, respectfully, the pound is showing a recovery after a poor performance, as last month it was recorded as having a 0.04 percent gain.