The US dollar hits new record against Turkish lira with 2.6480 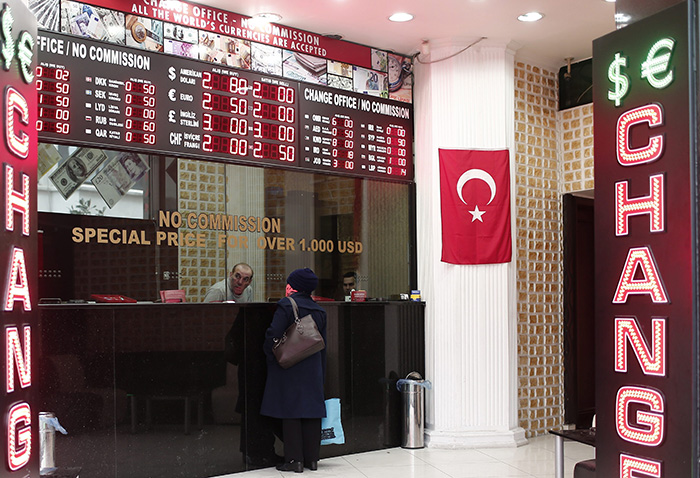 | Photo: EPA
by Daily Sabah Mar 13, 2015 12:00 am
The U.S. dollar/Turkish lira parity has hit 2.6480 on late Friday afternoon, breaking new record against the Turkish lira. The exchange parity had hit its highest level of 2.6470 before the meeting on 11 March between Turkey's President Recep Tayyip Erdoğan and the governor of Central Bank of the Republic of Turkey (CBRT), Erdem Başçı, over the bank's interest rate policies.

Speculation over a possible increase in the Chinese yuan to USD parity has affected the global markets, and the rise of the dollar is not particular to Turkish markets according to banking experts.