Dollar down, gold and oil rallies as Fed puts rate hikes in play 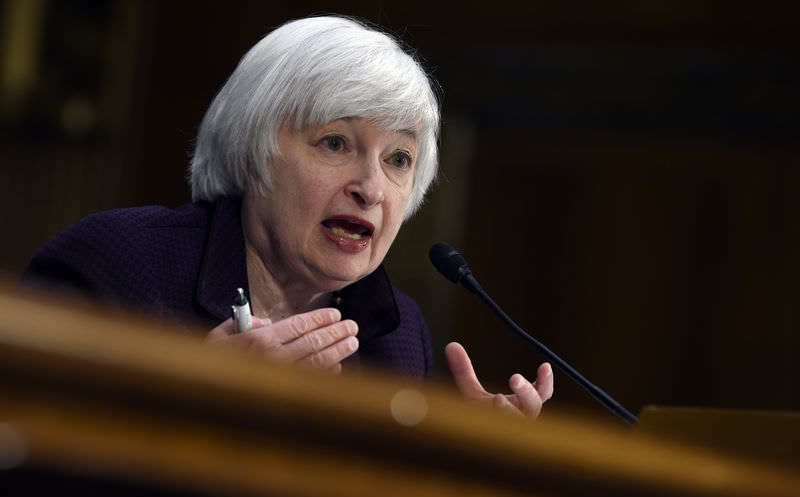 by Mar 18, 2015 12:00 am
The Federal Reserve moved a step closer to a much anticipated first rate hike since 2006 by removing "patient" from its monetary policy leadıng to the rally of gold and oil on Wednesday, while the US dollar tumbled. However, the Fed made it clear it would not rush into a rate hike before midyear.

Stock markets rallied after the Fed statement, while the U.S. 10-year Treasury yield dipped below 2 percent for the first time since March 2 and the euro rose against the dollar on the more dovish forecasts that appeared to argue against a June move.

"This was largely what was expected, though some may have been fearing a more hawkish Fed, and that explains the rally we're seeing right now, that it didn't state a precise time for raising rates," said John Carey, portfolio manager at Pioneer Investment Management in Boston.

In its statement following a two-day meeting, the Fed's policy-setting committee repeated its view that job market conditions had improved. While the statement put a June rate increase on the table it also allowed the Fed enough flexibility to move later in the year, stressing that any decision would depend on incoming data.

"The committee anticipates that it will be appropriate to raise the target range for the federal funds rate when it has seen further improvement in the labor market and is reasonably confident that inflation will move back to its 2 percent objective over the medium-term," the Fed said in its statement.

The Fed said a rate increase remained "unlikely" at its April meeting and said its change in rate guidance did not mean the central bank has decided on the timing of a rate hike.

It had previously said it would be patient in considering when to bring monetary policy back to normal.

While the Fed showed that it's nearing a hike, fresh forecasts from the central bank revealed a more cautious view of the economic outlook.

The Fed continued to acknowledge that inflation was running below expectations, weighed down in part by falling energy prices.

"Inflation has declined further below the committee's longer-run objective," the Fed said.

Fed Chair Janet Yellen has kept rates at near zero since taking over as head of the central bank in February, 2014, though she has also overseen a steady whittling of loose money promises.

And while Yellen lays the ground for the rate "lift-off," the Fed continues to grapple with muddy economic data: strong job creation, continued growth, and healthy consumer demand in the United States, but a global collapse in oil prices and a rapid run-up in the dollar that could mean the Fed remains far from its 2 percent inflation target.

The federal funds rate has been at its low point since December 2008. The last time the Fed raised rates was in June 2006, when a roaring housing market and strong economic growth prompted it to push its target rate to 5.25 percent.

Investors and economists are split over whether the initial hike will come in June, or in September. Trading in federal funds futures contracts point to a September hike, while a recent Reuters poll of 70 economists indicated an even split between June and later in the year.

There were no dissents on the Fed statement.