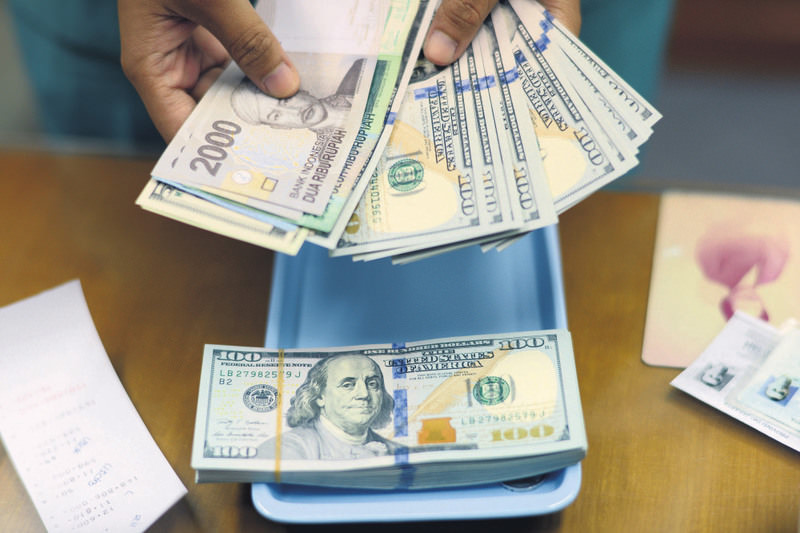 The ruble climbed for a fourth day against the dollar, extending this year's biggest appreciation globally, as Brent crude rebounded as much as 3.6 percent to $56.90 a barrel. Sberbank led shares in Moscow higher while Saudi Basic Industries Corp. climbed for the first time in three days in Riyadh. The Malaysian ringgit and Brazilian real increased at least 0.9 percent. Sun Pharmaceutical Industries Ltd. surged to a record in Mumbai.

Investors added $561.5 million to U.S. exchange-traded funds that buy emerging-market stocks and bonds for the third straight week, led by accelerating flows into China and Hong Kong, according to data compiled by Bloomberg. In the first quarter, the funds lost $1.6 billion.

The MSCI Emerging Markets Index climbed 0.9 percent to 1,003.64 on Monday, its sixth day of increases. Markets in China, Hong Kong, Taiwan, Thailand and Poland were among exchanges shut on Monday for holidays. Brent, the benchmark used to price Russia's main export blend, has moved between a low of $52.50 a barrel and a high of $63 a barrel in the past two months after sliding to a six-year low of $45.19 in January. It gained on Monday as Saudi Arabia raised prices for shipments to Asia. The advance helped boost assets in oil-exporting countries, with the ruble appreciating 1.1 percent to 55.97 per dollar and the ringgit climbing to a one-month high of 3.6315. Malaysia is Asia's only major oil exporter.

All 10 industry groups in the MSCI Emerging Markets Index increased, paced by healthcare and technology companies. Sun Pharmaceutical surged 8.2 percent. A 4.8 percent rally in the developing-country gauge has driven its 12-month projected price-to-earnings ratio to 12.1, a five-year high. That is a 28 percent discount to the MSCI World Index. Samsung Electronics Co. climbed the most since March 11. The company's first-quarter operating profit probably rose more than 5 percent from the fourth quarter, Korea Economic Daily reported. The company is due to release earnings on Tuesday. The Philippine Stock Exchange Index rose 0.8 percent to a record as the Philippine Long Distance Telephone Co. advanced the most in two months.