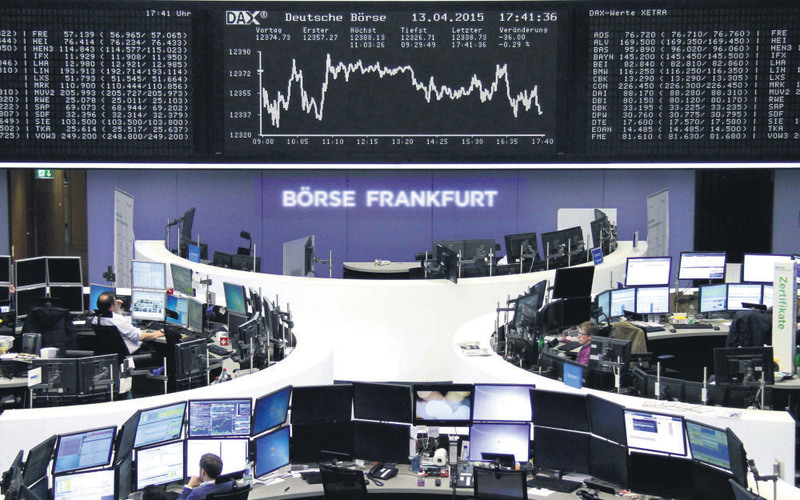 European stocks rose on Monday as investors shrugged off concerns about China's slowing economy that had battered Asian markets earlier in the day. Wall Street was set to open higher after strong earnings from Morgan Stanley.

CHINA STIMULUS: China's central bank on Sunday cut the required reserve ratio for banks by 1 percentage point to stimulate lending into a slowing economy. The lower reserve requirement allows banks to lend out a higher proportion of their deposits. The Communist Party-run People's Daily said the cut will release 1.2 trillion yuan ($194 billion) into the world's second-biggest economy. The cut was bigger than anticipated, which unnerved investors. Official data showed last week that China's economy grew by 7 percent in the first quarter of the year, the lowest quarterly expansion since the 2008 financial crisis.

THE QUOTE: Chinese officials "are looking to stimulate the underlying economy as opposed to merely inflating stocks," said IG market strategist Stan Shamu in a commentary. "Perhaps the slight improvement in property prices data from the weekend offers a glimmer of hope that things are improving and we are close to seeing a bottom. Regardless, analysts are expecting further RRR cuts as officials will struggle to defend this year's growth target" of 7 percent.

U.S. EARNINGS: Corporate news was upbeat in the U.S., where bank Morgan Stanley reported a 60 percent rise in quarterly profit thanks to higher revenue from trading stocks and. Both the net profit and revenue figures were better than analysts had expected and the company's shares were trading 1.2 percent higher in pre-market trading.

ENERGY: Benchmark U.S. crude fell 67 cents to $55.07 per barrel in electronic trading on the New York Mercantile Exchange, having earlier traded higher. The contract fell 97 cents to close at $55.74 a barrel in New York on Friday.