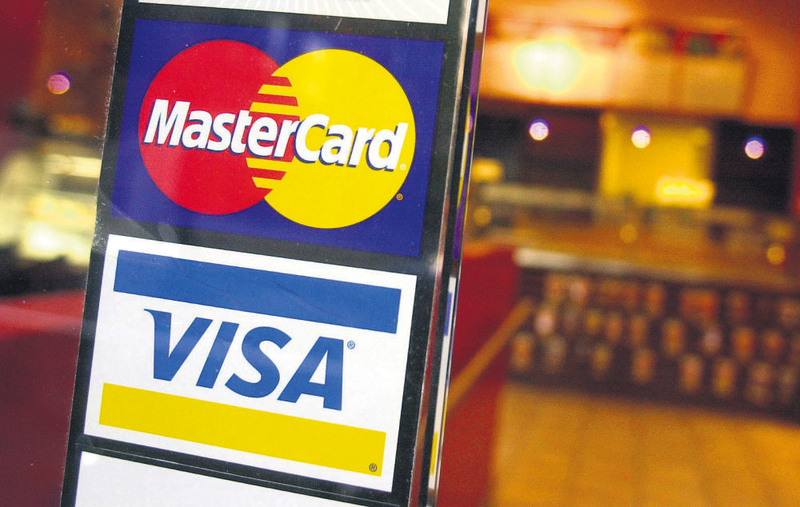 by French Press Agency - AFP Apr 23, 2015 12:00 am
China has announced plans that will allow giants such as Visa and MasterCard to set up credit card clearing services in the country, breaking the monopoly in a multi-trillion-dollar market that foreign firms have been trying to tap for decades.

In its latest move to further open up the world's number two economy, the State Council, China's cabinet, said Wednesday it will take applications from June 1 for a licence to run the business.

The announcement comes after promises to reform the market in 2012 in response to a U.S. complaint with the World Trade Organization. China UnionPay has until now been the only service provider in the country's domestic bank card clearing market since its establishment in 2002. Foreign rivals such as Visa and MasterCard could only handle Chinese travellers' transactions overseas. The central People's Bank of China called the move a "full scale opening" of the sector, noting that foreign companies can also apply to enter the sector, which was worth 449.9 trillion Yuan ($72.6 trillion) last year. "Opening the bank card clearing market will help improve China's bank card clearing service through market competition," it said in a statement on Wednesday.

The applicants must, among other things, be incorporated in China and have more than one billion Yuan in registered capital, the State Council said in a statement. Also, its main investor must have no less than two billion Yuan in total assets in the year prior to the application and have been operating a banking, payment or clearing business for more than half a decade with at least three consecutive years' of profit making. It must also be equipped with remote backup systems able to recover data and be able to "independently handle" bank card clearing, it added.

The Beijing News on Thursday quoted an unnamed source familiar with foreign card issuers as saying that these infrastructure requirements would probably be hard for foreign companies to satisfy because it was "unprecedented" in other countries and it will take at least half a year to build the facilities required.

MasterCard became the first international payment organisation in China when it set up its Beijing office in 1987. Visa entered the country in 1993, according to the companies. Clearing firms turn the promise of payment into the actual transfer of money from one bank to another and make profit mainly through charging commissions. Currently in China, UnionPay gets 10 to 30 percent commission for every card-swiping transaction, with the remainder being taken by banks, according to the Beijing News report.
Last Update: Apr 23, 2015 9:45 pm
RELATED TOPICS