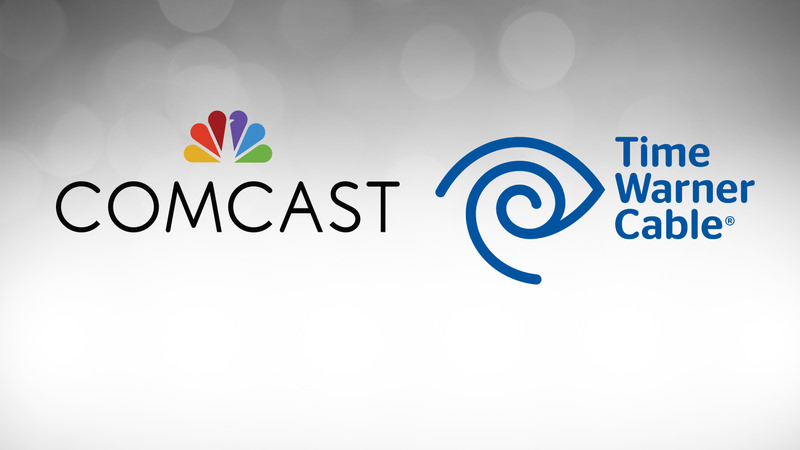 by Daily Sabah with AP Apr 23, 2015 12:00 am
Comcast is reportedly planning to walk away from its $45.2 billion purchase of Time Warner Cable after signs of opposition from federal regulators, Bloomberg reported on Thursday.

According to the Bloomberg report, a formal announcement of the cancellation of the plan could come on Friday.

Combining the No. 1 and No. 2 U.S. cable companies would put nearly 30 percent of TV and about 55 percent of broadband subscribers under one roof. That would give the resulting behemoth unprecedented power over what Americans watch and download.

That has competitors, consumer groups, and Senators lining up to oppose the deal.

Buying Time Warner Cable would give Comcast millions of Internet and TV customers in major markets like New York and Los Angeles, bulking it up as it deals with old rivals Dish, DirecTV and Verizon's FiOS, as well as newer, cheaper online competitors like Netflix.

Comcast has also said that buying Time Warner Cable will help it cut costs, including for programming the shows and movies it pipes to subscribers.

Comcast also says the Time Warner Cable deal will mean higher Internet speeds and a better video-on-demand service for consumers, as well as more competition and savings for business customers.

Advocates and competitors say they worry that Comcast, which also owns NBCUniversal, would have too much control over Internet and TV.

One concern, for example, is that the company could undermine the streaming video industry by requiring onerous payments from new online-only video providers for connecting to its network. Dish, the satellite TV company behind the new Web video service Sling TV, and Netflix are opposed to the deal.

Another charge is that Comcast hasn't stuck to conditions imposed on it when it bought NBCUniversal. The company says it has, except for one circumstance when the FCC found it wasn't promoting a stand-alone Internet service. Comcast says it fixed that.

Al Franken, D-Minn., along with five other Democratic senators and Bernie Sanders, I-Vermont, this week urged the Federal Communications Commission and the Department of Justice to block the merger, saying it would lead to higher prices and fewer choices.

Recent media reports suggested that regulators aren't going to approve it. On Friday, Bloomberg, citing unidentified people, said Department of Justice staff attorneys were leaning against the deal. The Wall Street Journal on Wednesday said, also citing unidentified people, said that FCC staff recommended that the merger review go to a hearing under an administrative law judge, although no final decision had been made.

The FCC would send the deal to a judge if it didn't believe it serves the public interest. The company has the right to present its case to the judge. But a trial could take months and even then a decision could be appealed to the FCC.

"It's a dead end for Comcast," said Rob McDowell, a former FCC commissioner.

Comcast spokeswoman Sena Fitzmaurice confirmed that company executives met Wednesday with Justice Department and FCC officials. But she would not comment on what occurred during the meetings or what other conversations the company is having with regulators.

If the Comcast-Time Warner Cable deal falls through, a transaction with Charter Communications Inc. aimed to smoothing the way for regulatory approval also falls apart. Charter's bid for Bright House Networks, which it announced in March, could also be killed.

Many analysts expect that Charter, which lost out on its bid for Time Warner Cable to Comcast, to resurrect its effort if Comcast is rebuffed.

"Other cable deals that don't involve Comcast might be allowed to go through," McDowell said. There "seems to be an antipathy towards Comcast at the FCC" because the agency thinks Comcast didn't stick to the conditions of the NBCUniversal merger, he said.

Comcast may have to look overseas for future acquisitions.

"Washington's concern here is excessive control of broadband in the hands of a single company," wrote analyst Craig Moffett in a client email. "For all intents and purposes, their M&A ambitions would be on ice in the U.S."
Last Update: Apr 23, 2015 11:09 pm
RELATED TOPICS