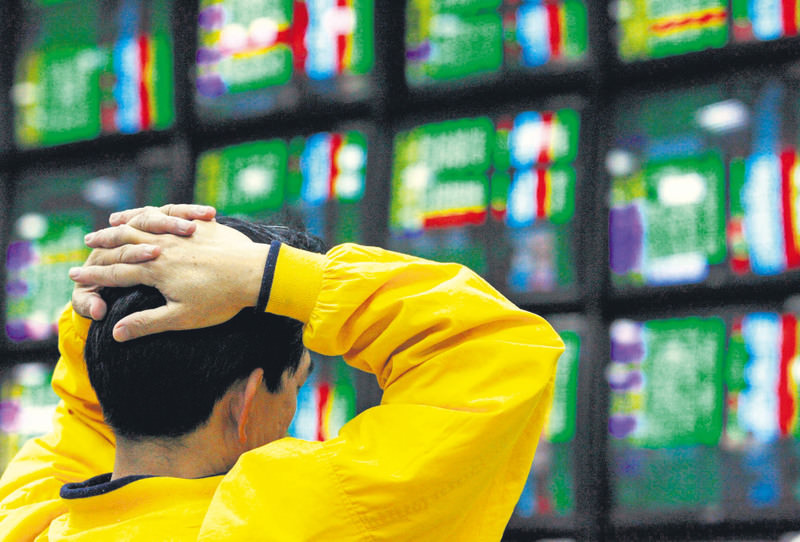 Emerging-market stocks rose for a third day as Taiwan's shares surged the most in almost two years and automakers led consumer-discretionary companies higher. The Russia's ruble gained, while the Turkish lira slid to a record low

The MSCI Emerging Markets Index added 0.2 percent to 1,049.34 at 11:18 a.m. in London, set for the highest level since April 16. The Taiex Index rallied 1.9 percent on speculation that Taiwan will broaden access to China's capital markets. The ruble climbed 0.9 percent, while the lira extended the worst developing-nation currency rout this year.

China's securities regulator is studying setting up a stock-trading link between Shanghai and Taipei, the Economic Daily News reported Wednesday. Hong Kong's benchmark equity gauge has jumped 17 percent amid record turnover since a link with Shanghai began in November.

"Asia is strong because Chinese retail investors continue to buy Chinese stocks and because there are rumors about some opening up between China and Taiwan," Maarten-Jan Bakkum, a senior emerging-market strategist at NN Investment Partners in The Hague, said by email.

The developing-nation gauge has risen 9.7 percent this year and trades at 12.6 times projected 12-month earnings, data compiled by Bloomberg show. The MSCI World Index has gained 4.4 percent in the period, and is valued at a multiple of 17.

The ruble gained for the second day versus the dollar on demand for local currency from domestic exporters before scheduled tax payments. OAO Gazprom led a 1.9 percent slide in Russia's Micex index. The lira depreciated for a second day, taking its year-to-date slump to 14 percent. The Turkish currency weakened 1 percent on Wednesday after the nation's central bank kept all three of its main interest rates on hold.

Taiwan is not conducting any study on a stock trading link with Shanghai, Financial Supervisory Commission Minister Tseng Ming-chung said Wednesday. His comments refuted the Economic Daily News report that said a link was being considered.

Automakers SurgeSix out of 10 industry groups in the MSCI's developing-nation gauge rose, led by consumer-discretionary and technology shares. Hyundai Motor climbed 3.2 percent to a one-month high in Seoul as the Kospi index added 1.4 percent.

The Shanghai Composite Index advanced 0.4 percent, while the Hang Seng China Enterprises Index halted a two-day gain after weak manufacturing data. The preliminary Purchasing Managers' Index from HSBC Holdings Plc and Markit Economics for China was at 49.2 in April, missing the median estimate of 49.6 in a Bloomberg survey. The premium investors demand to own emerging-market debt over U.S. treasuries widened two basis points to 345, according to JPMorgan Chase & Co. indexes.
Last Update: Apr 23, 2015 9:48 pm
RELATED TOPICS