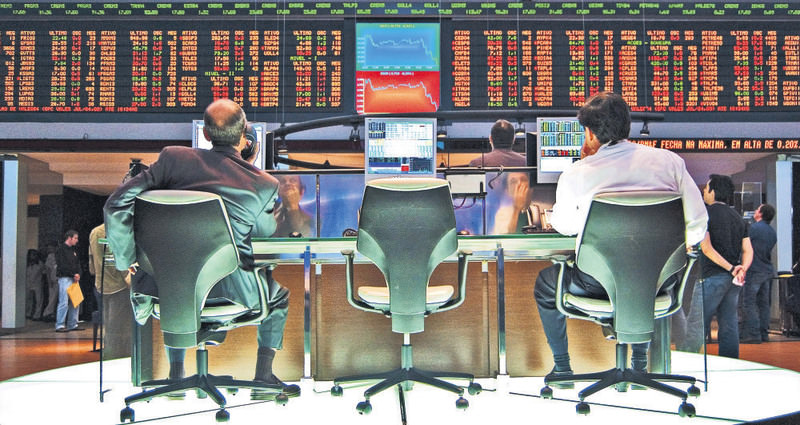 The negative disintegration in the Turkish lira and other TL-denominated financial instruments since the beginning of this year has given its place to positive disintegration as election polls strengthen expectations that the ruling Justice and Development Party (AK Party) will continue to rule as a single party following the general elections on June 7. Analysts say that position taking might gradually start before the elections. Further, the negative disintegration in TL according to the domestic monetary units since the beginning of this year have reversed in the last two days.
While the dollar decreased below 2.63, purchases continue in the stock market, which has been increasing for five days.

Bankers said the pricing in the market says that the AK Party, which has been in power since December 2002 and took 49.8 percent of the votes in the last 2011 general elections, will not lose their position even if there is a decrease in their votes.

Analysts, who drew attention to the fact that the risks related to the post-election have not yet disappeared, said the market prefers to price short-term accruements.

Analysts say that the most desirable scenario for the market is the AK Party winning enough seats to continue to govern the country as the single ruling party even if they cannot get enough seats to change the Constitution.

According to the parliamentary body, which has 550 seats, a party needs 367 seats to directly change the constitution, 330 seats to decide on a referendum for constitutional amendment and 276 seats to rule as a single party.

Manager of Integral Research, Tuncay Turşucu said for the last few days there has been a decrease in exchange rates, loosening in bond yields and increase in the value of the Turkish lira. "This is why the stock exchange market shows an upstream trend. These indicate the signals of typical foreign currency flow because there is a positive disintegration in Turkish lira compared to developing markets," Turşucu said.

According to statistics from the Central Securities Depository, the rate of stock exchange among foreign investors in the Turkish market is 62.94 percent. "On April 17, the rate had reached 62 percent, the bottom point of the year. This 0.94 percent increase is important," Turşucu said. Berra Doğaner, the general manager of Turkish Yatırım, said that they can see a change in the perception of investors. There is a view that the possibility for a coalition is not available any more. The perception on the continuity of the incumbent government enables cash inflow into the market," she said. Doğaner said they have come across similar perceptions during their interviews with the Turkish business sector.

Turşucu said the change in the market happened when Denge Araştırma, a public research company released its statistics about the upcoming election results. Announced on Monday, the recent poll shows that the AK Party will obtain 45.6 percent of the vote, while the Peoples' Democratic Party (HDP) is below the threshold with 9.6 percent vote.

Since the New Year, a less than 1 percent decrease in value has been observed in the BIST-100 Index. Within the same period, the MSCI EM Index showed that developing markets grew by 8 percent in value. Recently, the negative trend in the Turkish stock exchange market has reversed. On a weekly basis, the BIST-100 Index grew by 4 percent in value. On the other hand, the MSCI EM Index lost 1 percent in value within the same period. On Tuesday, the dollar exchange was 2.68 and yesterday it decreased below 2.65, reaching the lowest rate in the last two weeks.