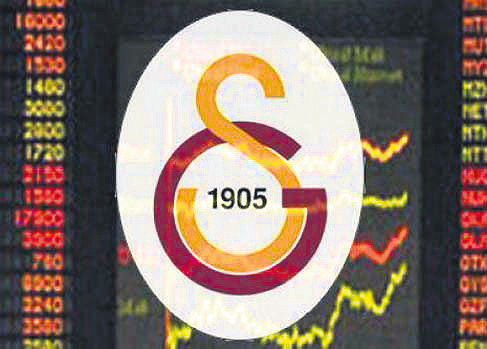 by Anadolu Agency May 21, 2015 12:00 am
Shares of the Turkish football club Galatasaray (GSRAY.E), the leading team in the Spor Toto Süper Lig title race, were temporarily de-listed on Borsa Istanbul yesterday, the stock exchange administration said in a statement. The shares were suspended by exchange authorities from trading at 9.35 am on Thursday, after they saw a strong opening with more than a 6-percent increase following daily improvements of close to 20 percent over the past four days - in total, shares have increased more than 65 percent since Monday.

This was not the first time that shares in Galatasaray have been suspended from trading, as they were already suspended temporarily for a few hours last Monday due to unusual movements in price and trading volume. Exchange authorities once again cited "the persistence of extraordinary price movements," as the reason for the suspension. The uptrend in Galatasaray shares started on May 14 after the club reached 73 points in the 32nd week of the Spor Toto Süper Lig season, ahead of its closest rival Fenerbahçe on 70 points, with two matches to go in the championship.
Last Update: May 21, 2015 10:28 pm
RELATED TOPICS