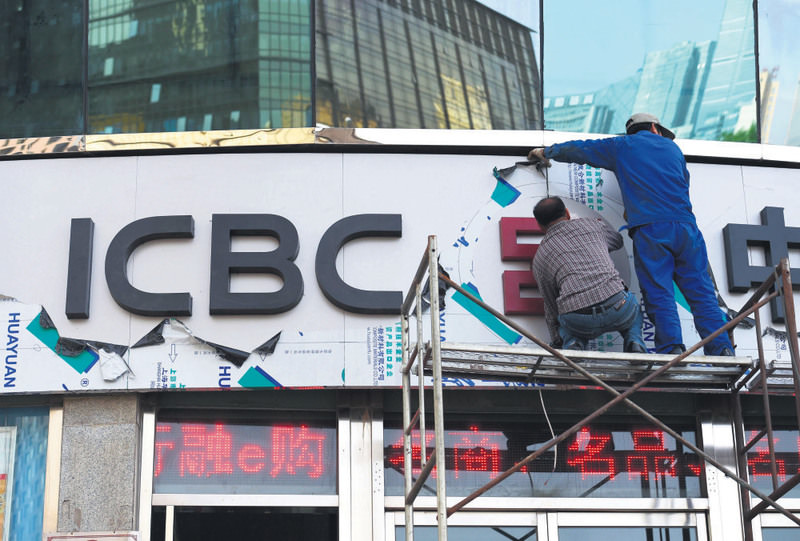 The Industrial and Commercial Bank of China has bought 75.5 percent share of Turkey's Tekstilbank for TL 669 million, aiming to serve Turkish and Chinese consumers on a global scale

The Industrial and Commercial Bank of China (ICBC) took over a majority stake in Tekstilbank from Turkish GSD Holding, becoming the first Chinese bank operating in Turkey.

Last April, GSD Holding signed a contract to sell its entire stake of 75.5 percent in Tekstilbank to ICBC, one of the four largest of China's banks, for TL 669 million ($256 million). The Banking Regulation and Supervision Agency (BDDK) approved the sale on April 3. A statement released by Tekstilbank said: "While taking advantage of corporate, personal, investment and correspondent banking and securities, asset management and other products of the group, Tekstilbank aims to offer service to Turkish and Chinese consumers on a global basis." The statement also said that ICBC's acquisition of stakes in Tekstilbank would help invigorate financial services between Turkey and China and the economic development of both countries, in addition to being a globalization strategy.

"As two countries that complement each other in financial, technical and market terms, Turkey and China, who have a significant position among developing countries, have reached an important point in terms of economic and commercial cooperation within the framework of new strategy and cooperation. The reinvigoration of the Silk Road Economic Belt and Turkey becoming a founding member of the Asian Infrastructure Investment Bank have laid the foundations of prospective infrastructure agreements between Turkey and China," said the statement. Pointing to the fact that currently, China is Turkey's third-largest trading partner and second-largest importing country, the statement continued, "Turkey is an important market for Chinese contracting public companies' overseas investments. According to the long-term commercial targets of Turkey and China, trade volume is aimed to exceed $100 billion in 2020."Taking over a 20-percent stake of South Africa's largest bank, Standard Bank, ICBC has come into operation in 20 African countries, having 17,000 branches in 43 countries. ICBC has been chosen as the world's largest institution in U.S. Forbes magazine's "Global 2000" list three years in a row, in addition to being presented as "the Best Global Bank of the Year" by Banker magazine in 2014, becoming the first Asian bank to win this title. In addition to Tekstil Securities Inc., Tekstilbank offers services in the areas of investment banking, fund management and asset management, and operates with 44 branches and around 900 employees.
Last Update: May 25, 2015 11:27 pm
RELATED TOPICS