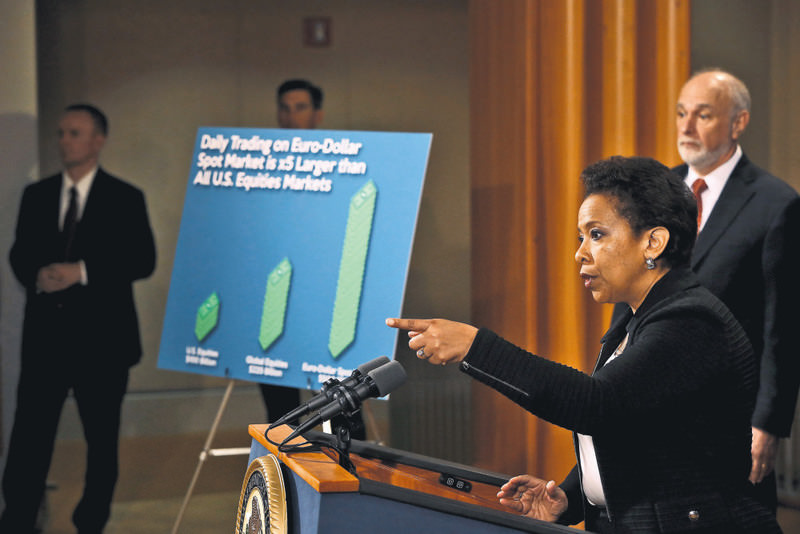 Multiple financial institutions have been fined for misdeeds ranging from manipulation of currency and interest rate markets to compensating customers who were wrongly sold mortgages in the U.S. or insurance products in the U.K.

Twenty of the world's biggest banks have paid more than $235 billion in fines and compensation over the past seven years for a litany of misdeeds that has scarred the industry and is delaying its rehabilitation.

The scale of the payouts, equivalent to the annual gross national product (GDP) of Greece or Portugal, has hampered banks' efforts to rebuild capital, reduced dividends for investors and cut the amount firms are able to lend.

The misconduct bill is expected to rise by tens of billions of more dollars, and many politicians, regulators and industry observers have said more needs to be done to deter wrongdoing.

"Some things have changed, but I'd be pessimistic of a complete shift in culture without more measures being taken," said Mark Taylor, dean of the business school at the University of Warwick in central England.

Taylor, a former forex (FX) trader and an adviser for the Bank of England's Fair and Effective Markets Review, said bonuses are too high, there is little threat of jail for wrongdoers and bosses are not held responsible.

"The problem is the incentives for cheating markets are massive. If you can shift a rate fractionally, you can make millions and millions of dollars for your bank and then for bonuses. Once senior executives feel they are personally at risk if the culture doesn't change, and individual traders feel they are at risk of being put in prison, then you'll get a culture change," he said.

Despite the scale of fines and compensation paid by banks, relatively few individuals have been punished in any country.

Six banks were fined almost $6 billion on Wednesday for rigging currency markets, adding to a list of sins ranging from traders manipulating markets to customers being lent money for a house they could not afford or sold insurance they would never be able to claim.

The misconduct bill for banks is likely to be inflated by more payouts related to U.S. mortgage misselling and investigations into interest rates, FX trading and other misconduct.

Lawyers said bank customers were also lining up lawsuits based on the latest evidence that they often did not get the best deal.

Bank bosses say they are paying for past problems and standards have improved while Britain's financial regulator this week said imposing big fines does succeed in changing behavior. However, they admitted it can take a long time to change the professional culture in large organizations.

Britain is introducing new rules to make senior managers and board members directly accountable for their actions, which it hopes will pin responsibility for reckless behavior on individuals.

High profile scandals such as FX and Libor have seen record fines imposed on banks, but it is banks' payouts to U.S. and British customers missold products that have swelled the misconduct bills.

Data compiled by Reuters, based on filings by regulators, other government authorities, data from banks and estimates of U.S. litigation costs by analysts at KBW, showed U.S. banks have paid $140 billion in litigation and compensation for mortgage related issues since 2008.

Bank of America has paid out twice as much as any other bank in settlements and compensation, with a bill of almost $80 billion.