Banks deemed a safe haven in a world fraught with crises 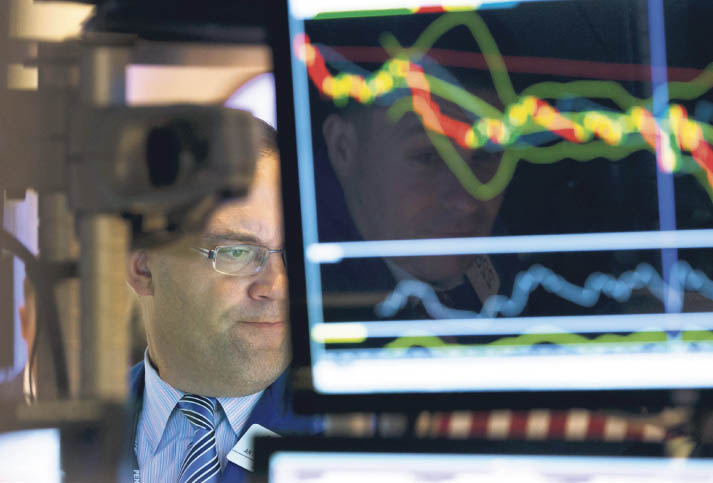 With the U.S. preparing to hike interest rates and jittery stock markets at multi-year highs, some investors and brokers are recommending to take refuge in bank stocks on the basis that the sector is cheap

When fears of a Greek default are mounting, stock markets are jittery at multi-year highs, and the world's biggest economy is preparing to hike interest rates, the idea of taking refuge in bank stocks might appear to be a hard sell. Yet that's exactly what some investors and brokers are recommending, on the basis that the sector is cheap, has been scrubbed cleaner post-crisis and may be able to pass on higher rate costs to clients in an improving economy.

"With some of the classic safe havens like precious metals and less risky stocks providing little protection, we believe investors should consider some less obvious places," BlackRock Global Chief Investment Strategist Russ Koesterich told clients last week. "One is the financial sector, with banks a potential beneficiary of higher rates."

It would not be the first time investors have picked up banks again since the financial crisis, though eye-popping fines have left some with burnt fingers. But Citi research suggests that European banks' annual litigation provisions are expected to fall by more than half this year.

And meanwhile valuations suggest banks are the only bargains left. The banking sector is still cheap relative to others: global banks trade on a price-to-earnings ratio of around 12 and a price-to-book ratio of around 1, one of the lowest-rated sectors. Big European names like Deutsche Bank, Credit Suisse and HSBC are even cheaper.

There's also a lot of optimism among investors about the arrival of new management at Deutsche Bank, Credit Suisse and Standard Chartered. Banks have regularly been pitched as restructuring plays; the hope this time is for more aggressive changes, whether on capital or business lines.

There are caveats, of course. Atlantic Equities analyst Chris Wheeler said a rise in rates was only good if it was gradual and if income from loan-books got more of an upward jump than payouts to depositors. This would tend to benefit strong retail or corporate lenders rather than pure investment banks. And while trading desks may cheer volatility as it drives volumes, parts of the fixed-income business may be squeezed.

"Higher volatility should support higher sales and trading revenues and rising bond yields are generally good for banks, especially ones that have a low loan-to-deposit ratio," said Kinner Lakhani, analyst at Citi. "But not all banks will be affected in the same way...credit trading may also be negatively impacted."

Lenders themselves appear relatively sanguine. Bank of America Chief Financial Officer Bruce Thompson told an investor conference that rising rates were "neutral to actually a positive" but said that fixed-income credit was an area that tended to "not be as robust" in a rising rate environment.

Analysis by Barclays on a sum-of-the-parts basis, or what each bank's business line is worth on a standalone view, suggests that the sector's cheapness can be justified - especially for big banks.
"A lot of (post-crisis) regulatory effort has gone in to making bigger banks safer...The net result is to make it harder than before for larger banks to generate the same RoEs (returns on equity) versus smaller, less discomfited peers," Barclays analysts wrote in a note to clients on Friday.

The more boring the bank the better, one London-based hedge-fund manager said, singling out Lloyds, ING and KBC as safe prospects for more shareholder payouts and a more defensive business model.

"Banks are turning into utilities and that's where they have got to go: Boring, dull, capital return."
RELATED TOPICS