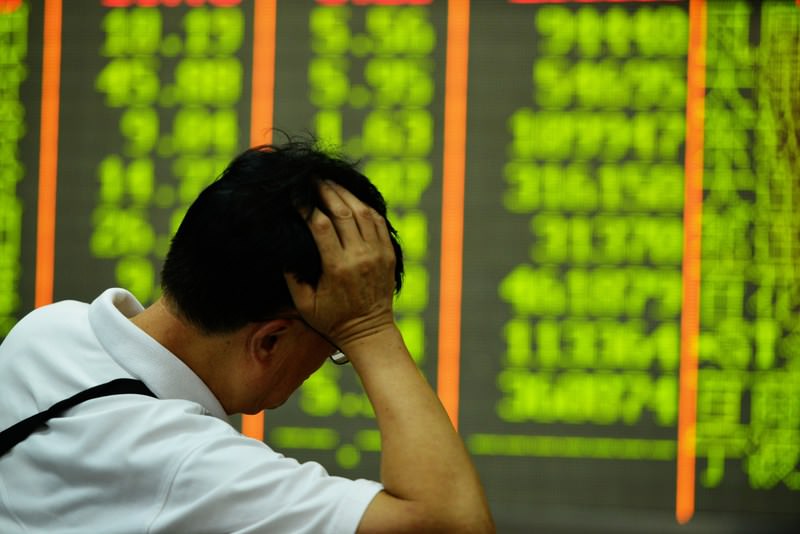 by Associated Press Jul 27, 2015 12:00 am
The Shanghai share index dived more than 8 percent on Monday as Chinese stocks suffered a renewed sell-off despite government efforts to calm the market. Other Asian stock benchmarks also were lower. The Shanghai Composite ındex closed down 8.5 percent at 3,725.56.

Yesterday's fall was the biggest one-day decline in Chinese stocks since February 2007, according to Guo Yanhong, market strategist at Founder Securities. Some analysts said it was sparked by brokerages restricting credit used to finance stock purchases, also known as margin trading. "The continuous check on margin trading by security companies has triggered today's sell-off," said Xu Xiaoyu, a market strategist at China ınvestment Securities. "ın addition, the recent economic data shows it still takes time for the economy to recover from its sluggishness."

Chinese shares fell dramatically in June after a sizzling yearlong rally took the market to unsustainable heights. A period of stability was achieved after the government announced draconian support measures that included forbidding major shareholders from selling any of their shares and ordering state companies and others to buy.

Asian stocks had already started the week on a dour note, rattled by a last week's report on Chinese manufacturing that sparked a sell-off in gold as well as copper and other commodities.

Prices of copper and gold hit their lowest levels in several years following the survey that showed China's manufacturing contracted in July. On Monday, the price of gold bounced back from a five-year low but other metal prices lost more ground.

Elsewhere, traders were turning their minds toward the U.S. Federal Reserve as they try to assess when the central bank will start raising interest rates. The market appears split between those who think it will happen in September or December.

Ultra low interest rates have been a boon for stock markets worldwide for several years and the start of U.S. rate hikes is likely to ruffle markets. The Federal Reserve Open Market Committee has a two-day policy meeting that ends Wednesday.