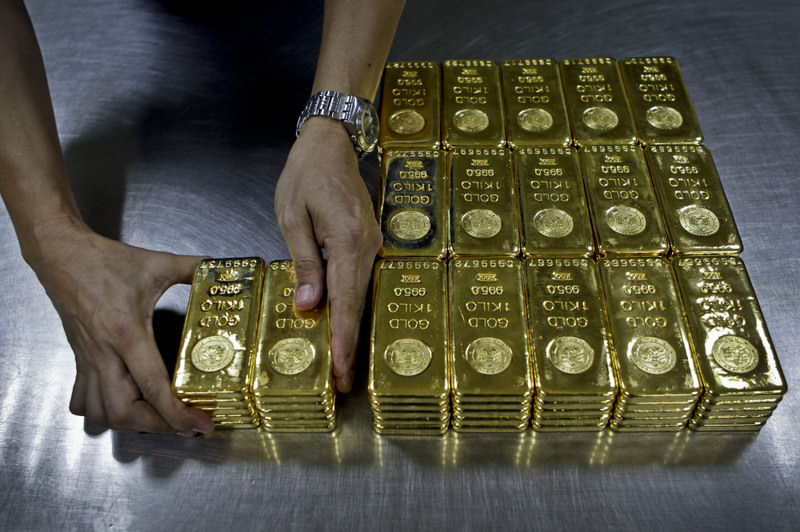 Gold prices in Turkey did not fall as much as in dollar-based countries since gold prices in the Turkish market is in dollars, and the dollar has been gaining value against the Turkish lira due to political uncertainties
by Cafer Deniz Aug 17, 2015 12:00 am

Investors see gold as a long-term asset while stocks are mainly regarded as short-term investments. China and Russia play an important role in gold prices, with the yuan and oil, respectively

"I think until summer the rosy times will somehow continue. Later this year I think the markets will realize that expectations for corporate profits went too high and if the Fed should indeed begin to raise interest rates equities could begin to struggle. We might see the stock market actually topping out while gold could finally find its bottom this year. It all could happen in summer 2015." Munich-based gold market analyst Florian Grummes was right in the middle of February, when he was interviewed by Gold Eagle. He probably did not know that his forecasts would come true. But, what he estimated, we recently have been facing. After some crucial drops, this yellow metal started to shine.

"Gold and stocks are two different diametric asset classes. Meaning when gold goes down, stocks are up and vice versa." He also draws attention to the gold to stocks ratio.

"There is a negative relationship between gold mining stocks (so gold prices) and whole stock markets such as the S&P 500. Stocks are just for investment, particularly for short term, whereas gold is not only for investing, but also has many reasons to buy. Moreover, investors see it as a long term asset, people have been keeping it for ages. Keeping gold is seen as a tradition in India and Turkey, for example. For instance, people in those countries benefit from this metal for marriage, newborns and jewelry reasons. The other use of the metal is as a reserve for governments. China and Russia play an important role in its prices, by the yuan and oil respectively. Furthermore, it is one of the best reserve funds for both prudent investors and the public," said Anil K. Bera, a professor of economics and finance at the University of Illinois who is the editor of Financial Econometrics and Empirical Market Microstructure. He has been in Istanbul for Istanbul Technical University's Economics Summer School. Literally, the data supports the literature and opinions of both the German analyst and professor.

Abdullah Çakmak, who works for Özyurt Gold Co. in the Grand Bazaar in Istanbul, wants to draw attention to the Turkish traditional gold coin (çeyrek), which is 1.75 grams, as the public thinks that the only factor to influence gold is gold prices in Turkish lira. However, it is not. Darphane, Turkish State Mint and Security Printing, is responsible for providing this gold to the market, so it plays a key role in determining prices. So coin investors need to take these possible interventions into account when investing in gold. The the dollar is going up due to global and current political risks. As gold prices in the Turkish market is in dollars, this precious metal does not ascend as much as in dollar-based countries. Since Prime Minister Ahmet Davutoğlu has said that snap elections seem like the only choice, investors will keep an eye on these scenarios.

Gold has been getting steady after a three-week hit as a result of China's yuan devaluation. On Thursday, this devaluation led investors to safe havens. Hence, global market players are supposed to wait for a currency war. At the end of the day, however, the People's Bank of China (PBoC), China's central bank, calmed the market.

Fortunately, the PBoC spokesman answered the questions about depreciation of the yuan. "The main reason is that market makers make quotes based on the analysis of financial data from July newly released on Aug. 11." Indeed, the report, China's Gold Market: Progress and Prospects, published by the World Gold Council in 2014, warned that a yuan depreciation may be expected in 2015 to 2017 due to possible dollar appreciation. Investors have been experiencing both appreciation of the dollar and reflexively depreciation of the Chinese currency.

He also replied to the big question in investor's mind of what comes next. "In the view of both domestic and international economic and financial conditions, currently there is no basis for persistently depreciation of the yuan." So, gold prices probably will not be affected by China's currency depreciation at least until next month when new financial data is released.

Nevertheless, gold players should take official the gold holdings of China and Russia into consideration, respectively ranked sixth with 1,650 tons and seventh with 1,275 tons, according to the World Gold Council. Therefore, any transactions by them can easily impact the gold market. As we recently witnessed that Russia continues to stockpile the precious metal.