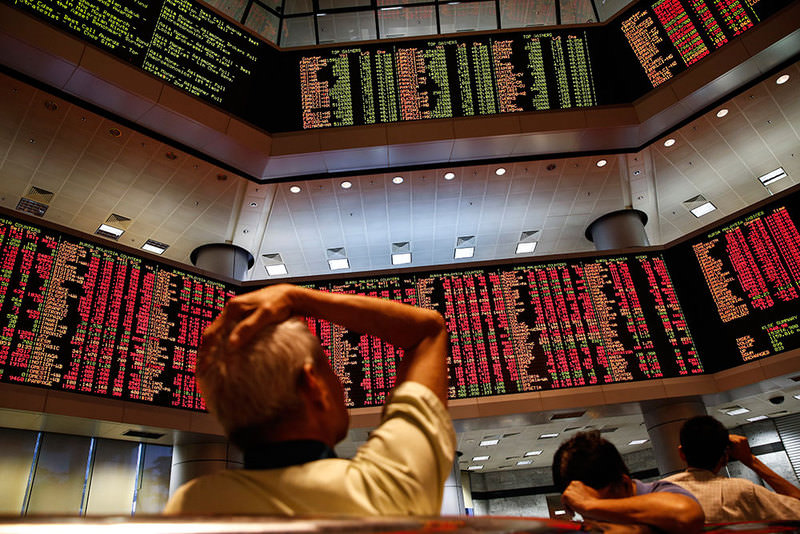 by Aug 24, 2015 12:00 am
Amid worries on China's slowing economy, European stock markets faced heavy losses on Monday, as indices decreased by 5 to 7 percent in major stock markets.

German stocks extended their heavy losses on Monday, shedding more than seven percent in early afternoon trading in a fierce global selloff on mounting worries over the impact of China's slowing economy.

The DAX had already opened sharply lower on Monday, dropping below the key psychological level of 10,000 for the first time since January, with all stocks heavily in the red.

"We're following the situation in China very closely. However, the concrete fallout for the German economy is likely to be limited," an economy ministry spokesman told a regular government news briefing in Berlin.

"Exports to China are important, but only account for 6.6 percent of total German exports. The current strength of exports stems from those to the 28 countries of the EU. Overall, the German economy remains robust and is being driven largely by domestic demand," the spokesman said.
spm/bc

The London stock market plunged by more than five percent on Monday, with sentiment rocked by mounting worries over China and plunging commodity prices.

The Paris stock market extended deep losses on Monday, plunging by over seven percent in mid-afternoon trades with several other European stock markets following in its wake.

The CAC 40 in Paris dove 7.07 percent in mid-afternoon deals as a Chinese-led rout spread globally, fed by fears of a damaging slowdown in the world's second-largest economy.