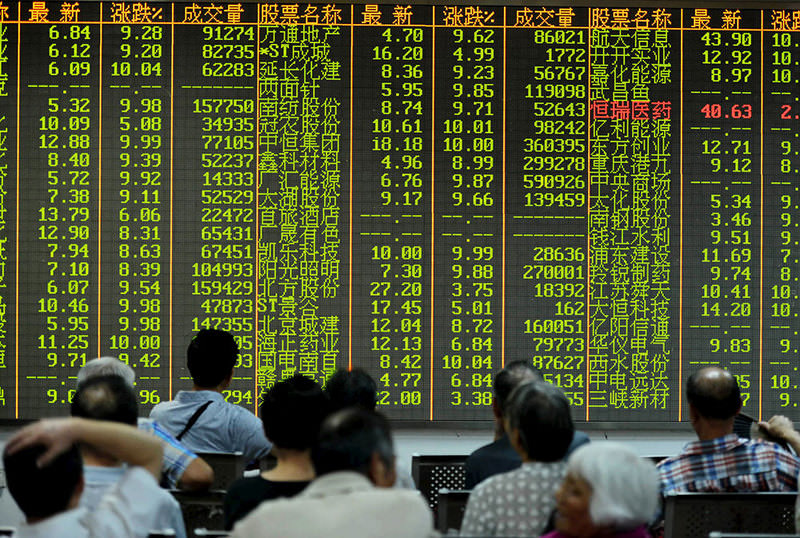 by Aug 25, 2015 12:00 am
China stocks slumped more than 7 percent on Tuesday to their lowest level since December, with panic selling intensifying after the flagship Shanghai Composite Index crashed through the key support level of 3,000 points.

Investors stampeded out of shares after a grim "Black Monday" sparked mayhem in global financial markets but failed to prompt fresh rescue measures from Beijing.

All index futures contracts slumped by their 10 percent daily limit for the second day, reflecting extremely bearish sentiment and pointing to darker days ahead.

China's benchmark indexes have now lost roughly 20 percent in August and are heading for their worst monthly performance in six years, barring a sharp rebound in the last few days of the month.

Investors had hoped the sharp drop and its global repercussions would prompt swift action from Beijing, but no economic or emergency market rescue measures were announced overnight.

The absence of any sentiment-soothing editorials in Tuesday's state media strengthened views that the Chinese government now has little will to prop up share prices.

"How can investors stand slumps like this?" said a 76-year-old retired worker who only gave his surname Gao.

All sectors fell sharply, including banks, after a morning rebound in the sector petered out.

Benchmark mainland indexes have not only given up all the gains made from Beijing's unprecedented stock market rescue in July, in which hundreds of billions of state dollars were directed into the market, but this week entered negative territory for the year-to-date. ($1 = 6.4103 Chinese yuan)