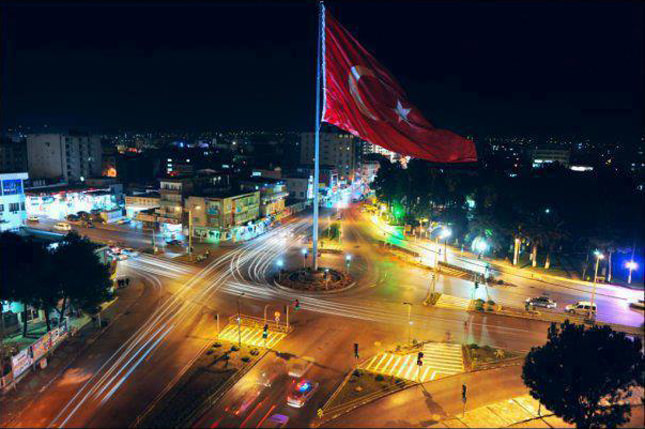 by Anadolu Agency
Oct 02, 2015 12:00 am
While some emerging markets are facing sharp declines in growth and investment, Turkey is holding out, experts said, remaining both a growing economy, and a significant presence in global politics, they told Anadolu Agency on Friday.

"The Turkish economy should see growth in the third quarter, and will substantially recover in the fourth quarter," forecast Bora Tamer Yilmaz, an economist with Ziraat Securities. Growth is forecast at 3 percent for the quarter by a number of economists.

The recovery in Europe will contribute significantly to Turkish growth this year, Standard & Poors said in a report published on Oct. 1.

Some emerging markets are facing "their fifth consecutive year of declining rates of growth", warned Christine Lagarde, managing director of the International Monetary Fund in a speech on Thursday.

"This outlook is heavily affected by major economic transitions -- namely, China's transition to a new growth model and the normalization of U.S. monetary policy -- that are creating global ripple effects or spillovers and spillbacks," Lagarde said.

The Institute for International Finance has said that, for the first time in nearly 30 years, more money is leaving emerging markets than entering them. The institute projected net outflows of $541 billion in 2015, according to a note published on Oct. 1 on its website.

Brazil and Russia are especially affected, and, indeed, are already in recession. Malaysia is experiencing slow growth, forecast to hit only 4.5 percent in 2015, according to the Malaysian Finance Ministry. Growth in China is below 7 percent this year.

But the Turkish economy grew 3.8 percent in the second quarter, according to Finance Ministry statistics. Industrial production was up 0.3 percent in July, TurkStat said, and domestic demand was up 0.4 percent in the same month.

Lagarde pointed out in her speech that financial risk is high for many emerging markets, due to high levels of debt.

But Turkey is less exposed to this kind of risk, Paul Gamble, senior analyst at Fitch Ratings told Anadolu Agency.

Moreover, with foreign direct investment still substantial, at $9.71 billion from January to July, according to the central bank, Turkey is holding out well despite the difficult global climate for investment.

"We expect the economy to improve and grow moderately this year, and more rapidly in 2016," Yilmaz said.

Turkey is expected, for example, to play a major role in the settlement of the conflict in Syria, according to Sinan Ulgen, executive chairman of the Istanbul based EDAM think tank, and managing partner of the consultancy Istanbul Economics.

"Provided that all the stakeholders can agree on the main principles for rejuvenating the Geneva process, Turkey can help to influence a range of actors within the Syrian opposition to take part in these talks. As a result, the process will be more inclusive and gain more legitimacy," Ulgen commented, in an interview with Anadolu Agency.
Last Update: Oct 03, 2015 1:56 am