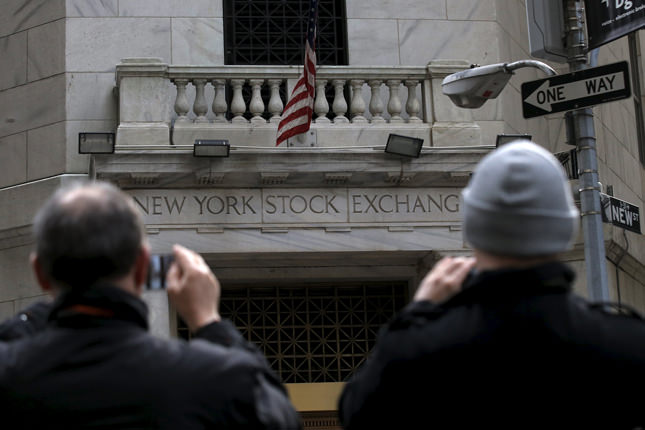 by reuters
Jan 20, 2016 12:00 am
U.S. stock indexes were set for a sharply lower open on Wednesday, tracking global markets, as crude oil prices tumbled to new lows and fears of slowing growth continued to gnaw at investors.

U.S. crude wallowed at its lowest since 2003 and Brent held close to 12-year lows as a global supply glut bumped up against bearish financial news that sparked deeper worries over demand.

Fears of a slowdown in China, the world's second-largest economy and a key market for U.S. companies, has also weighed on equities, leading to turbulent start to the year on Wall Street.

"The focus remains on oil and the impact of low oil prices, which points to slowing growth and possibly, even stagnant to negative growth here in the United States," said Peter Cardillo, chief market economist at First Standard Financial in New York.

The S&P 500 has fallen 8 percent so far this year, losing more than $1.4 trillion in value, according to Thomson Reuters data. The small-cap Russell's 2000 index has fallen about 23 percent from its June highs, moving into bear market territory.

"I don't think that the rest of the market is headed for a bear market, but certainly there's a bear grip that could take us down another 3-4 percent in the S&P 500," Cardillo said.

U.S. corporate earnings are unlikely to offer relief: S&P 500 earnings on average are expected to fall 4.4 percent, according to Thomson Reuters data.

Shares of Goldman Sachs were down 2 percent at $153.89 premarket after the bank's profit fell for the third straight quarter due to a legal settlement.

Bellwethers Apple and Microsoft were down about 2 percent. Oil majors Exxon and Chevron were also down as much.

Netflix bucked the sentiment and was up 3.3 percent at $115 after its subscriber base grew more-than-expected.