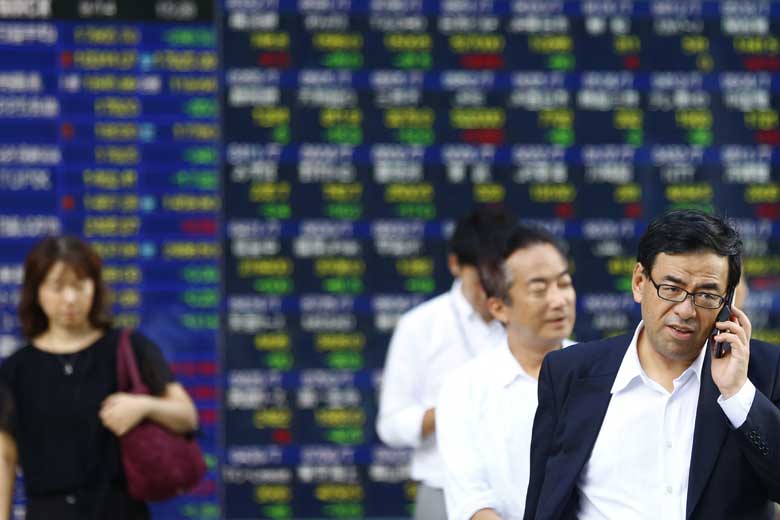 by Associated Press Jan 22, 2016 12:00 am
Asian stocks rallied Friday, extending a global market rebound fueled by the prospect of more stimulus from European policymakers and a bounce in oil prices.

STIMULUS HOPE: European Central Bank chief Mario Draghi cheered investors by saying the bank is prepared to take action as early as its next meeting in March to expand existing stimulus efforts. While the ECB left key interest rates and its 1.5 trillion euro ($1.6 trillion) monetary stimulus program unchanged Thursday, Draghi underscored his willingness to ramp up the program if plummeting oil prices and market toil threaten the continent's weak economy.

ANALYST VIEW: "It's been another volatile week in financial markets as investors continue to fret about the global growth outlook. Share markets remained under pressure but managed to rally off their lows helped by strong signs of further monetary easing from the ECB," Shane Oliver, head of investment strategy at AMP Capital Management in Sydney, said in a report. "It's still too early to say that shares have bottomed, but given increasing pessimism, indications that shares are oversold and more dovish central banks there is a good chance we will see at least a short-term bounce."

ENERGY: Rebounding oil prices are also supporting investor sentiment. Crude futures extended gains after bouncing back from their worst day in four months. U.S. benchmark crude rose 20 cents to $29.73 a barrel in electronic trading on the New York Mercantile Exchange. The contract rose $1.18, or 4.2 percent, to close at $29.53 a barrel Thursday. Brent crude, a benchmark for international oils, rose 24 cents to $29.49 a barrel in London.