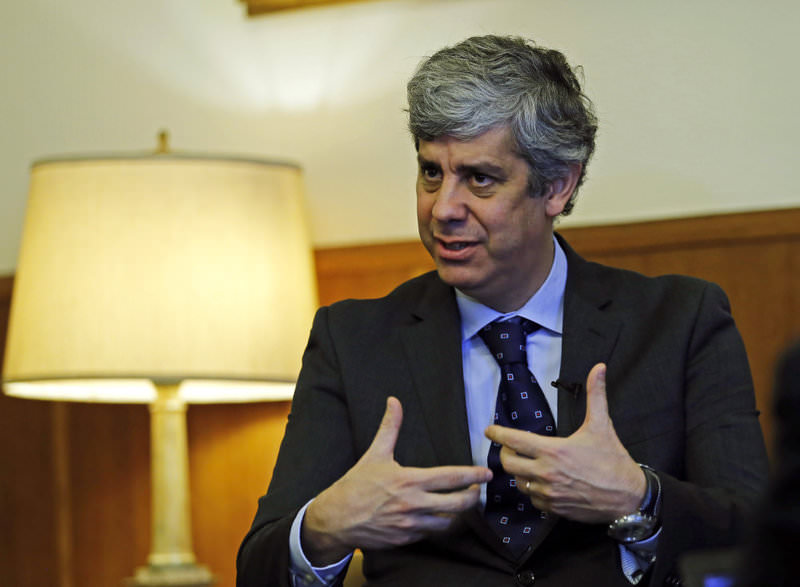 by Feb 11, 2016 12:00 am
Portugal's new Socialist government is well aware of the country's rising bond yields and will be rigorous in controlling the budget to ensure financing for the economy, Finance Minister Mario Centeno said on Wednesday.

Investors started selling Portuguese bonds in the past few weeks as general concerns about global growth and the health of banks rose. Portugal's 10-year bond yields hit their highest since October 2014 on Tuesday although they retreated slightly on Wednesday.

"We are worried in the positive sense of the term, in other words we are on alert regarding this situation," Centeno told Reuters in an interview when asked about rising bond yields. "At times there are comments that the Portuguese government is not sufficiently concerned regarding questions about financing, but this is not true."

Centeno said the minority government will be responsible in executing this year's budget to ensure it reaches goals to cut the deficit agreed with Brussels. This year's budget sees a cut in the budget deficit to 2.2 percent of gross domestic product from around 4.2 percent last year.

He said the fact that only one rating agency, DBRS, rates the country's debt as investment grade imposes greater responsibility on the government.

"It (one investment grade rating) is a situation which means we have less margin of maneuver than other countries have," he said. "Portugal has to assume a degree of responsibility that is very demanding on its budget rigor."

Portugal's new Socialist government presented a 2016 budget last month, which includes a series of measures rolling back austerity such as raising civil servant wages and hiking the minimum wage, as well as indirect tax hikes to meet budget deficit goals.

The European Commission approved the budget last week, but only after insisting on extra measures by the government to ensure that budget deficit goals are met. The commission still fears the budget could fail to meet EU rules.

The government came to power in November after teaming up with the far left Communists and Left Bloc to oust the former austerity-minded administration. The government needs the support of those two parties for its majority in parliament, obliging it to maintain anti-austerity measures in place.