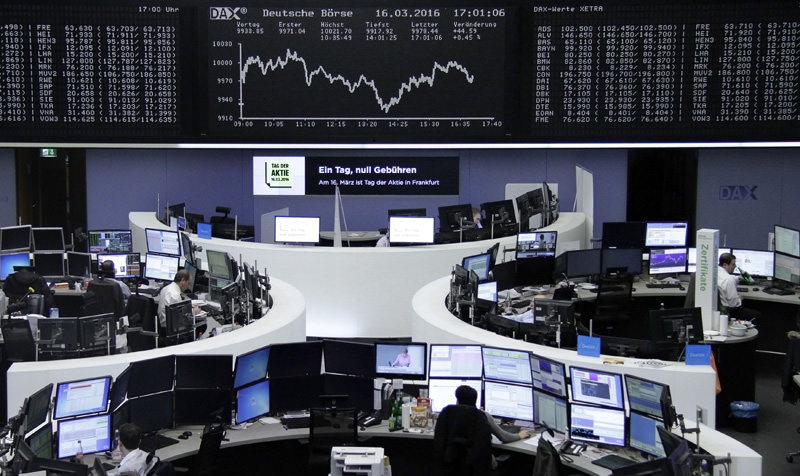 European stocks fell on Tuesday and safe-haven assets, gold and government bonds rose in price after two explosions at Brussels airport killed at least one person and left several others injured.

Travel sector stocks including airlines and hotels fell the most, pulling the broader indices down from multi-week highs as reports on the scale of the carnage in the Belgian capital unfolded.

The cause of the blasts was unknown, but they occurred four days after the arrest in Brussels of a suspected participant in November militant attacks in Paris that killed 130 people. Belgian police had been on alert for any reprisal action.

"Anything like the events we're seeing in Brussels this morning is going to weigh on risk sentiment and risk appetite," said Michael Hewson, chief market strategist at CMC Markets in London.

"Coming up to the Easter holiday, people are going to be very reluctant to put more money into these (stock) markets. If anything, they will be more likely to take money out," he said.

In early European trade the FTSEuroFirst 300 index of leading shares was down 1 percent at 1,326 points .FTEU3. Germany's DAX was down 1.2 percent and Belgian stocks were down 0.8 percent .BEL20.

The STOXX Europe 600 Travel & Leisure index .SXTP was the top sectoral faller, down 2.2 percent. Shares in major European airlines were down as much as 4 percent (EZJ.L) (AIRF.PA) (LHAG.DE), and hotel company Accor (ACCP.PA) fell 4.1 percent.

Earlier in Asia, stocks edged lower as hawkish comments from U.S. Federal Reserve officials indicated that interest rate hikes could be on the way sooner rather than later.