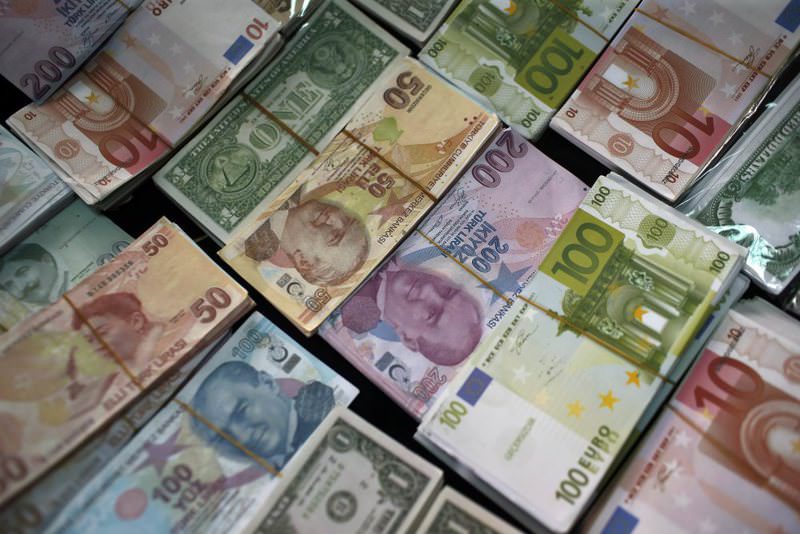 While the dollar saw its two-week highest level against a basket of currencies after the rise of hawkish expectations from the U.S., the Turkish lira also weakened against the dollar, bolstered by security concerns and political uncertanties

The dollar-Turkish lira exchange rate started the day above TL 2.96 on Friday and stayed at that level for most of the day as the dollar experienced a two-week peak against a basket of currencies, showing its best fortnightly performance since February, backed by the view that the U.S. Federal Reserve (Fed) is still attempting to find ways to raise rates. Additionally, political uncertainty has risen since the prime minister, Justice and Development Party (AK Party) Chairman Ahmet Davutoğlu, tendered his resignation, pushing the Turkish lira down against the dollar. Based on the currency basket, the Turkish lira was being exchanged at around TL 3.16 on Thursday evening while the euro-Turkish lira exchange rate was at around TL 3.36 at that time.

The lira strengthened against the dollar with the increase in optimism following a considerable decrease in global risk appetite on Thursday. However, on the same day an explosion took place inside a car in Istanbul's Sancaktepe district near a military barracks as a vehicle carrying military personnel was passing by, injuring at least eight people, which resulted in the Turkish lira not preserving its gains. Davutoğlu's announcement regarding his decision to leave office has already been putting downward pressure on the prices of the assets denominated in lira due to the fact that Davutoğlu's decision triggered political risks and raised questions on which path the economic administration will follow.

The Turkish lira had gained value against the dollar with the exchange rate lowering to TL 2.94 Thursday. However, under the effect of the global markets and the explosion, the exchange rate ended the day at approximately TL 2.95.

Another point, to which bankers drew attention is the sales realized by local investors. According to data released by the Central Bank of the Republic of Turkey (CBRT), individuals sold $2.77 billion worth of foreign reserves while institutions sold $1.57 billion worth of foreign reserves within the last week. Previously, bankers had said that the local foreign currency sales might have exceeded $1.5 billion on Thursday last week. The operators reported that although many transactions both on the buy and sale side are carrying on, the number of total transactions are lower this week, and the sales surpassed purchases again. According to the CBRT's data, as of the previous week, the foreign currency reserves belonging to local investors decreased from $165 billion to $160.6 billion, $101.3 billion of which belongs to individuals and $59.3 billion of which belongs to institutions.
Last Update: May 14, 2016 1:23 am
RELATED TOPICS