UK warns it may miss 2020 budget surplus target on Brexit 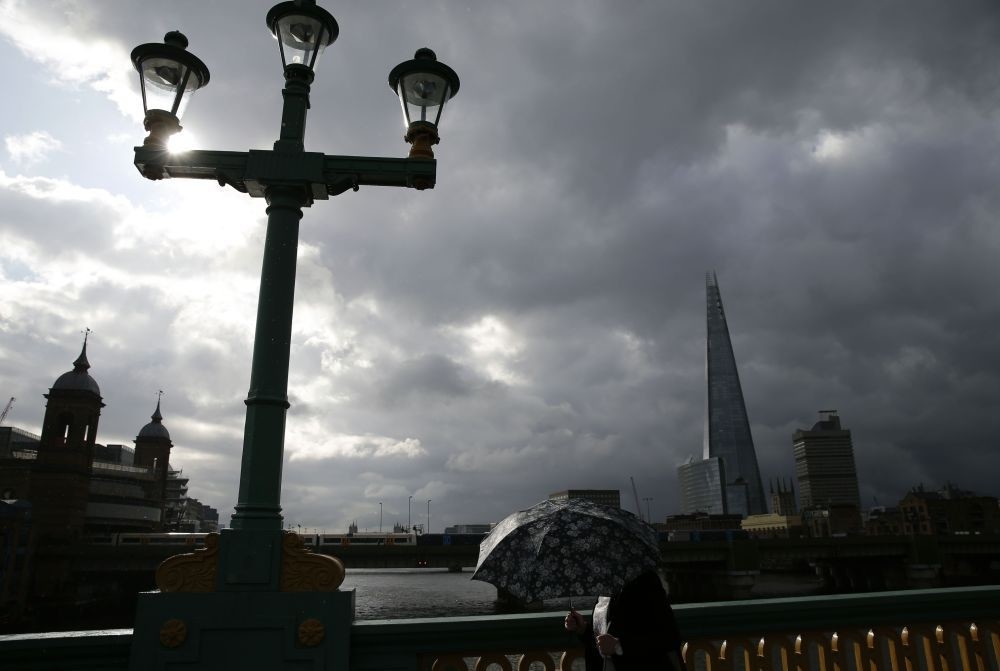 A lone commuter takes shelter from the rain beneath her umbrella as she heads to the City of London across Southwark Bridge in front of the Shard skyscraper in central London on June 27, 2016.
by Jul 02, 2016 12:00 am

Britain's target to achieve a budget surplus by 2020 appears less credible after its exit from the EU, according to Finance Minister Osborne, adding Britain is set to reduce uncertainty by reestablishing ties with the EU

British finance minister George Osborne warned Friday that the government would likely scrap its promise to achieve a budget surplus by 2020 owing to fallout from Brexit. The Conservative government, whose Prime Minister David Cameron resigned last week after losing a referendum on Britain's European Union membership, had previously pledged to eliminate the budget deficit by the 2019/2020 financial year in a key austerity pledge.

"We will continue to be tough on the deficit, but we must be realistic about achieving a surplus by the end of this decade," Osborne told business leaders in Manchester, northern England. "This is precisely the flexibility that our rules provide for. And we need to reduce uncertainty by moving as quickly as possible to a new relationship with Europe and being super competitive, open for business and free trading. That's the plan and we must set to it."

Echoing the Bank of England's gloomy forecasts from the previous day, Osborne added that Britain's EU exit would exert a major "negative" impact on the economy. "The referendum result is as expected likely to lead to a significant negative shock for the British economy," Osborne said on Friday. "How we respond will determine the impact on people's jobs and on economic growth."

"The Bank of England can support demand (and) the government must provide fiscal credibility," he added.

The bank had also revealed Thursday that it could slash interest rates soon to counter the downbeat economic outlook, which it said had "deteriorated" because of Brexit. Governor Mark Carney also hinted that the central bank could reactivate its so-called quantitative easing scheme to pump more cash into the economy and boost lending.

Osborne stressed Friday that the government's contingency plans had dealt with chaotic financial markets following the Brexit vote. "We have very extensive contingency plans in place to deal with disorder in the market," he added. "We stand ready to react to whatever developments there are in the market and we do this from a position of strength." Britain's banks are in better shape and have 10 times more capital than they did during the notorious 2008/2009 global financial crisis, he added. Prime Minister Cameron will step down in the autumn, leaving his successor to deal with EU exit negotiations and trigger Article 50, which will eventually prompt Britain's departure from the bloc. Turning to those negotiations, Osborne added that there needed to be "compromises" if Britain wanted to secure certain aspects of the bloc - like access to the single market. "There are going to be - as we come to the discussion over the coming months - inevitably combinations and compromises we are going to have to make to work out the best future for our country," he said.
RELATED TOPICS