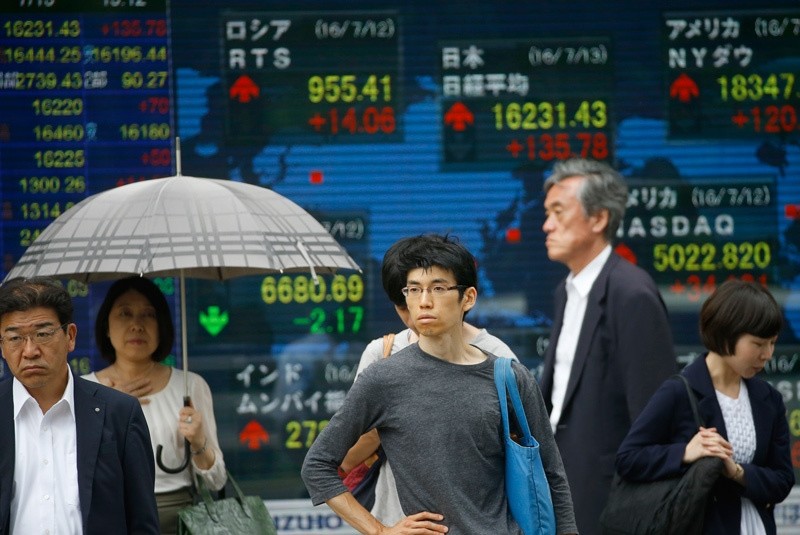 ANALYST'S TAKE: "Market sentiment has improved as Britain's new prime minister has been confirmed and thus substantially reduced the political uncertainties following the Brexit vote," said Margaret Yang, a market analyst at CMC Markets Singapore, referring to Britain's vote last month to leave the European Union. "Although there is still a lack of clues as to when negotiations will start and the new terms of the U.K.'s relationship with the EU still remain uncertain, at least now we know there is a plan and the roadmap is clearer.

UK WATCH: Britain's Conservative Party has confirmed that Theresa May has been elected party leader with immediate effect and will become the next prime minister. Prime Minister David Cameron has said he will step down Wednesday and May will immediately replace him. The confirmation of the new leader sent the British pound higher.

CENTRAL BANK WATCH: Analysts said market expectations for British central bank's first rate cut also rose sharply after new British leader was confirmed. Most economists anticipate the Bank of England to look to stimulate the British economy at the policy meeting on Thursday with some expecting the central bank to reduce its benchmark interest rate to a new record low from the current 0.5 percent, where it has been since March 2009. In Japan, stocks extended gains after Prime Minister Shinzo Abe's Liberal Democratic Party emerged victorious from parliamentary elections driven by the hopes that Abe would continue to flood the markets with money by expanding bond purchases.