Scorsese film on corruption swept up in financial scandal 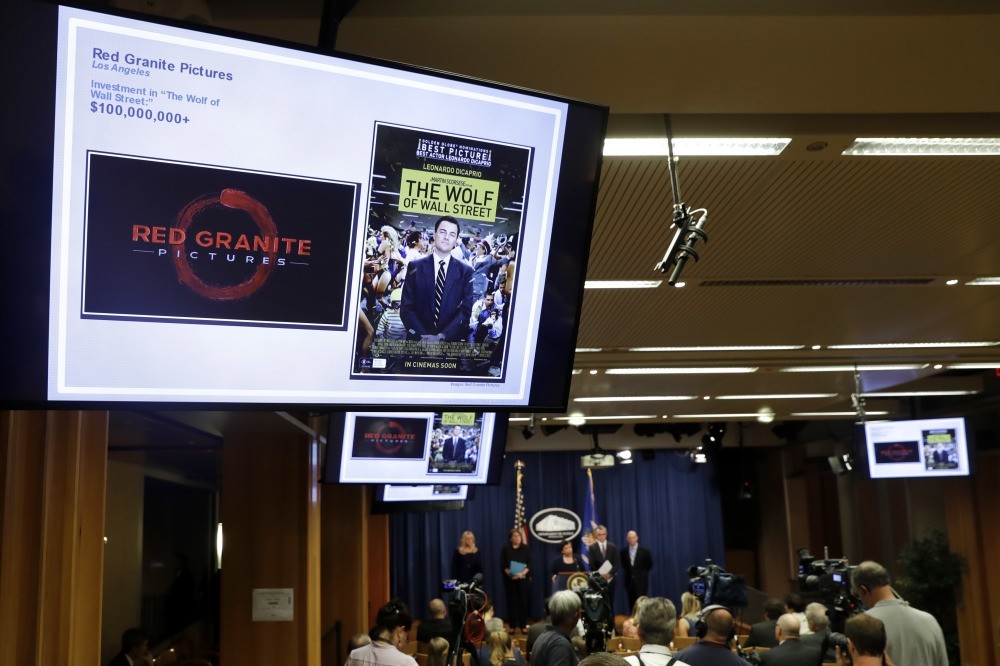 Leonardo DiCaprio bought the movie rights for what would be "The Wolf of Wall Street" back in 2007. But it wasn't until a little-known Hollywood production company came along six years later that the story of high-rolling fraudsters got off the ground, according to Reuters. On Wednesday, the Malaysian co-founder of that company, Red Granite Pictures, was accused in U.S. civil lawsuits of using

$100 million dollars that was diverted from Malaysian state development fund 1MDB in a money-laundering scheme, to finance the film. The investment fund is owned by the government of Malaysia, whose prime minister Najib Razak has been targeted by the massive scandal. Razak is the step-father of Riza Aziz, the co-founder of Red Granite Pictures, which came up with the more than $100 million needed to finance the film. The production house hit back at the allegations yesterday, insisting that it was not aware of any illicit funds being funnelled through the company.

"To Red Granite's knowledge, none of the funding it received four years ago was in any way illegitimate and there is nothing in today's civil lawsuit claiming that Red Granite knew otherwise," the company said in a statement.

"Red Granite continues to cooperate fully with all inquiries and is confident that when the facts come out, it will be clear that Riza Aziz and Red Granite did nothing wrong."

According to the 136-page civil complaint filed by the U.S. Justice Department, between June 2012 and November 2012, an investment firm tied to 1MDB sent 238 million dollars to an account controlled by Aziz. About $100 million of these funds were subsequently sent to a bank account linked to the production house and used to fund its operations, including "The Wolf of Wall Street." Some of the money was also used for extravagant trips to Las Vegas where hundreds of thousands of dollars were spent gambling at The Venetian casino, according to the AFP. Among those who were invited to take part in a July 2012 gambling jaunt was "a lead actor in The Wolf of Wall Street" who won a Golden Globe for the movie, according to the complaint. Although the court document does not name the actor, it is clearly referring to DiCaprio.

The actor won a Golden Globe in 2014 for his portrayal in the film of stockbroker Jordan Belfort, who fleeced investors of millions of dollars before ending up in prison. Assistant Attorney General Leslie Caldwell told reporters on Wednesday that all assets and rights to the movie would be seized as they stem from laundered money. According to comScore, the movie made $392 million. It was nominated for five Academy Awards.

"Neither 1MDB or the Malaysian people saw a penny of profit from that film or the other assets purchased with funds syphoned from 1MDB," Caldwell said. "Instead, that money went to relatives and associates of the corrupt officials of 1MDB and others."

Red Granite said the complaint should not affect its ongoing operations, saying, "Red Granite does not expect the lawsuit -- which is limited to future proceeds generated by a single film, and which was not filed against Red Granite or any of its employees -- to impact its day-to-day operations, and the company continues to move forward with exciting new projects." Apart from "The Wolf of Wall Street," the company has produced several other movies including "Dumb and Dumber To," "Horns" and "Friends With Kids."Meanwhile, Malaysia's prime minister says he is serious about good governance and his administration will "fully cooperate" with the U.S. in its probe into a $3.5 billion scandal into a Malaysian state fund, according to AP.
RELATED TOPICS