Royal Bank of Scotland slumps to a loss in second quarter 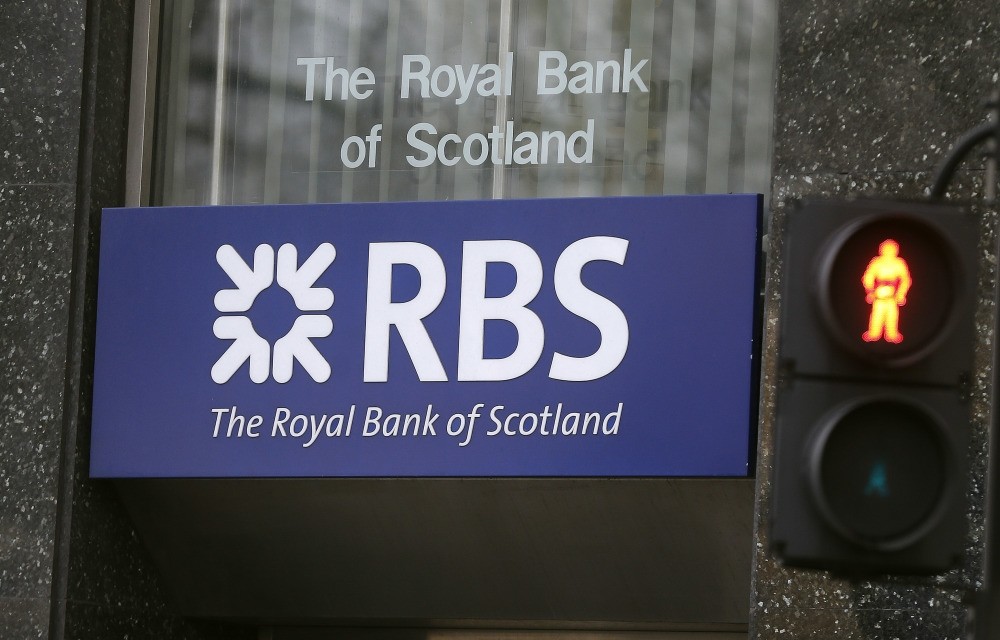 The Royal Bank of Scotland reported a pretax operating loss of 695 million pounds in the second quarter. (AP Photo)
by Associated Press Aug 06, 2016 12:00 am
Royal Bank of Scotland swung to a loss in the second quarter of 2016 as it set aside more cash to cover litigation and conduct issues as it cleans up the problems that led to a taxpayer-funded bailout at the height of the global financial crisis.

RBS took charges of 1.28 billion pounds to cover costs related to the miss-selling of payment protection insurance, investor litigation surrounding a 2008 share sale and an inquiry into mortgages whose interest rates track other indicators such as the inflation rate.

Shares in the bank fell 7.8 percent to 177 pence in afternoon trading in London.

"Our focus is on drawing a line under many of the legacy issues that have plagued this bank, and transforming the core business so we can deliver consistent, sustainable profits and results for our shareholders," CEO Ross McEwan said in a statement.

The results come a day after the Bank of England approved a package of stimulus measures to bolster an economy shocked by the public vote to leave the 28-nation European Union.

The central bank made borrowing easier and cheaper, by cutting its key rate to 0.25 percent from a previous record low of 0.5 percent and agreeing to pump an additional 60 billion pounds of new money into the economy through the purchase of government bonds together. It also plans to buy up 10 billion pounds of corporate bonds to make it easier for companies to borrow.

"The outcome of the U.K.'s EU Referendum has created considerable uncertainty in our core market and we continue to assess all its implications. In the current low rate and low growth environment, achieving our longer term cost-income ratio and return targets by 2019 is likely to be more challenging," McEwan said.

The CEO told reporters that among the confidence-building measures, he welcomed the Bank of England chief's rejection of the possibility of negative interest rates. Such rates have been tried in Japan and Europe, often producing unintended consequences such as extra costs for banks.

While RBS was taking note of economic uncertainty, McEwan said, customers have yet to demonstrate concerns. "I think people are taking this in their stride. We didn't see any change in their spending habits," he said. "I think people are saying: Let's stay calm on this."RBS also ditched plans to spin off the Williams & Glyn branch network as a standalone bank because of concerns over its long-term viability. However, RBS remains committed to selling Williams & Glyn by the end of next year.
RELATED TOPICS