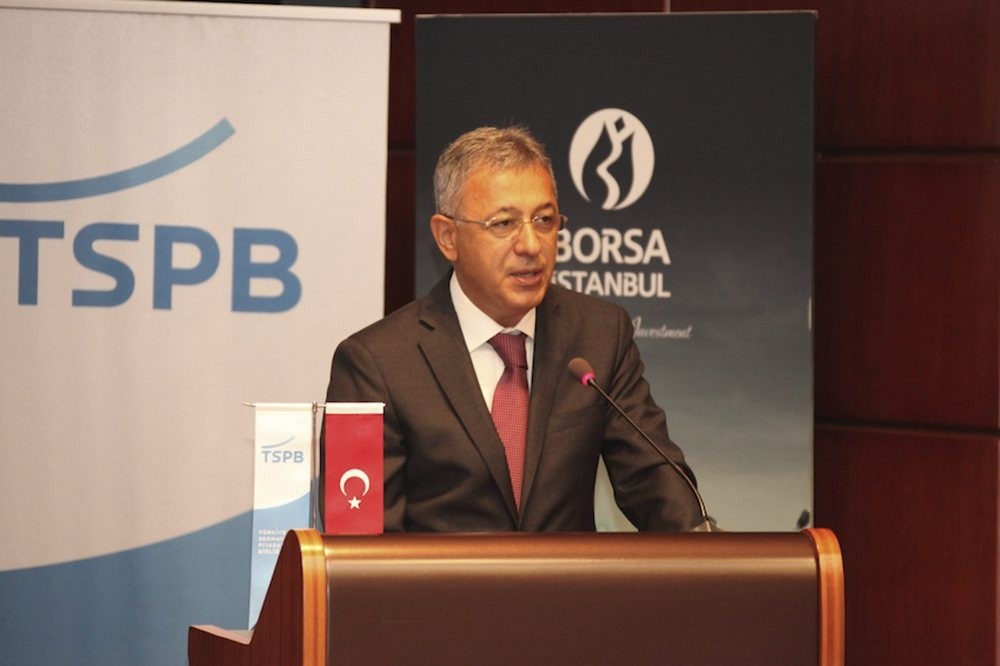 by Daily Sabah with AA Aug 20, 2016 12:00 am
Capital Market Board (SPK) Chairman Vahdettin Ertaş said markets have returned to normal since July 22, following the coup attempt by the Gülenist Terror Group (FETÖ) on July 15, stating that additional measures were not necessary.

The markets were being closely monitored and if any corruption was detected, action would be taken, Ertaş told Anadolu Agency (AA), adding that the coup attempt on July 15 which led to the bombing of Parliament and people being run over with tanks, was shortly quashed thanks to the leadership shown by President Erdoğan together with the firm stance displayed by the government and the people.

Stating that trust in the markets was swiftly regained, despite a downward trend in the capital market during the first four days following the coup attempt, Ertaş said the SPK focused on the possibility of attempts by the coup plotters aiming to shake the public's trust in the markets, and announced additional measures. He noted that intermediary firms were asked to objectively convey the economic situation through their reports to investors, both inside and outside the country, and not to allow false news that could damage Turkey's economy and state mechanisms, thereby serving the purposes of the terror group. Ertaş said the intermediary firms were aware that short sales were closely monitored and that any detected misconduct would be swiftly dealt with.

Through face-to-face meetings and the media, public and global investors were told not to make any immediate decisions, to monitor Turkey's macroeconomic indicators and trust that the markets will shortly recover, Ertaş said. He suggested they were happy to be proven right, and that steps towards normalization were taken before the week ended.

'55 companies bought their own shares'

Vahdettin Ertaş pointed out that during this period, they made a decision which was positively received by both local and international media, to make it easier for the companies to buy back shares in their own company, and revealed that 55 companies had benefited from this policy.

Stressing that the markets have returned to normal since July 22, Ertaş said no additional measures were necessary, but that markets were still being closely monitored and any misconduct detected would be swiftly dealt with.

Ertaş said global investors did not lose trust in Turkey after July 18 and no one abandoned the country despite short-term daily transitions from stocks to bonds, from bonds to deposit and to repo. On the contrary, more trust was being shown, since the number of portfolio investments in the country and currency reserves had increased, and the local investors protected their money and the capital market by trading in foreign currencies.

SPK Chairman Ertaş said the Turkish Sovereign Wealth Fund was highly important for the future performance of the Turkish economy as it would help investment, employment and savings increase as well as back productive use of the public resources. He also suggesting that these funds, initially established by transferring various public assets and incomes, would make crucial contributions to the country's welfare, by creating new revenue over time.

Ertaş stressed the fund would contribute to the strengthening of both the supply and demand sides of the Turkish capital markets and assist with the steady operation of the markets and increase their depth. Turkey has two important resources, he observed: the young and dynamic human resources, with an average age of 28.5, and a valuable real estate and infrastructure. He also indicated that the Sovereign Wealth Fund would contribute to the monetary and capital markets by providing stabilization in the markets during highly volatile periods, while also taking a national stance as a new and very powerful player in the markets, helping to create a safer environment for investors.
RELATED TOPICS