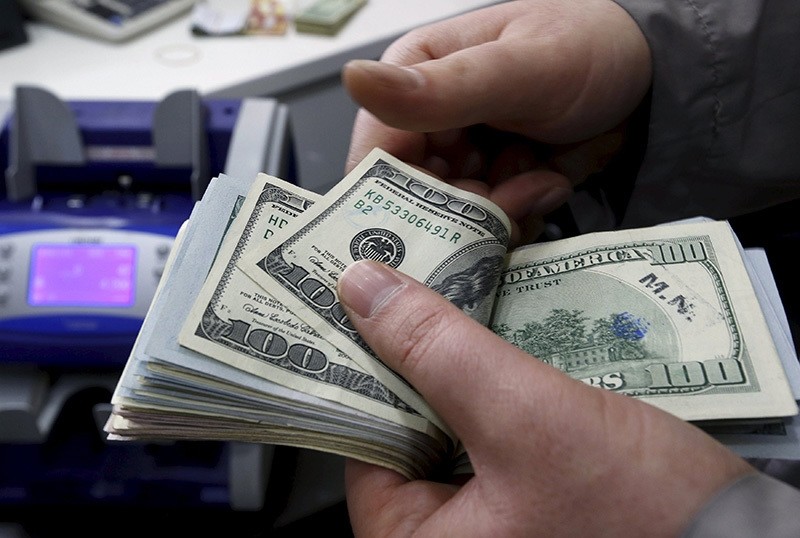 The U.S. dollar continued its rally the Turkish lira on Thursday, setting a new record high at 3.1055 early in trading hours.

The parity rate broke its all-time high record with 3.0974 in Wednesday afternoon, and started Thursday at 3.09 level.

The previous record for the parity rate was reached on July 20 with 3.0970, right after Standard & Poor's decreased Turkey's credit rating due to the July 15 coup attempt.

The rise in dollar throughout the week was accelerated by Prime Minister Binali Yıldırım's announcement that the Justice and Development Party's (AK Party) proposal regarding the presidential system will shortly be announced to the public, causing the rate to climb from 3.0810 early in the day to 3.0974 by the afternoon.

The combination of Parliament approving Tuesday the Cabinet's three-month extension of the state of emergency introduced after the post-July 15 coup attempt, Moody's decision to downgrade Turkey's credit rate in late September and expectations of further interest rate cuts from Turkey's Central Bank (CBRT) have already put pressure on the TL-dollar rate, affecting the Turkish currency negatively.

The decrease of the pound against the dollar and fears about yuan's depreciation amid slumping Chinese exports had been external factors increasing the demand for U.S. dollar.

The euro also extended gains, reaching as high as 3.4180 level.