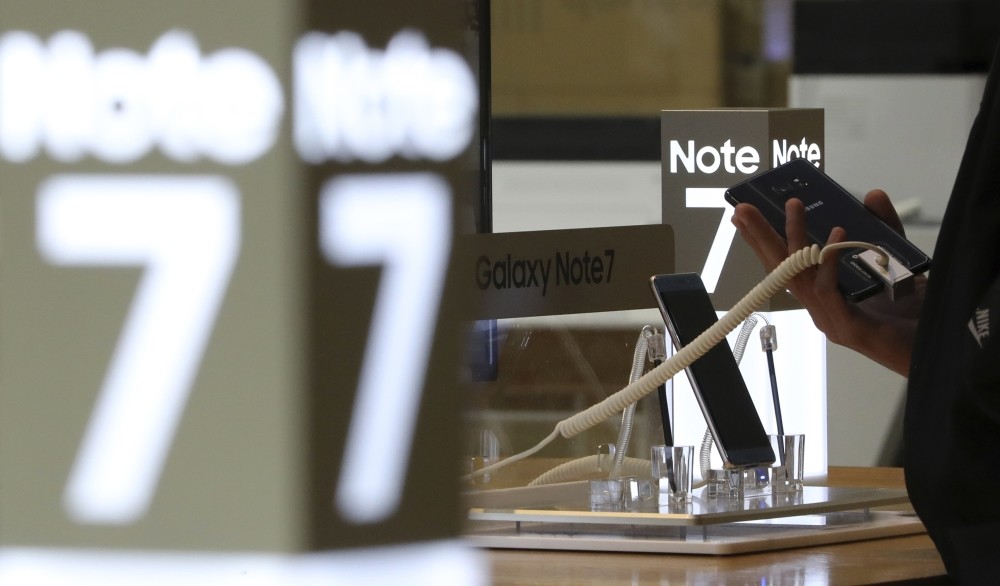 by Oct 14, 2016 12:00 am
Samsung Electronics Thursday offered financial incentives for customers in South Korea who exchange Galaxy Note 7 smartphones for other Samsung models, as it scrambles to shore up its reputation in the wake of a damaging safety crisis. The South Korean giant is in damage-control mode as rivals like Apple Inc and LG Electronics try to steal market share from the global smartphone leader after it was forced to scrap its latest flagship device. Samsung is boosting its marketing and promotional efforts around other Galaxy-series smartphones to cushion the blow from the demise of the premium Note 7, which it finally abandoned this week after failing to resolve overheating problems which caused some of the phones to ignite.

In its home market it started to offer refunds or exchanges for other products. Customers who returned their Note 7s, priced at about $880, were offered a coupon worth 30,000 won ($26.91), while those who chose an exchange for another high-end Samsung phone were promised an additional 70,000 won mobile credit. The incentives would compensate consumers for their "big inconvenience", Samsung said in a statement.

On Wednesday the firm slashed its quarterly profit estimate by $2.3 billion to reflect the impact of the Note 7 withdrawal, giving some investors hope that the financial cost of the debacle had been largely accounted for.

"Samsung reflected most of the costs from the Note 7 in the Q3 earnings, reducing uncertainty about Q4 profit," analyst Jay Yoo at Korea Investment & Securities said. But many analysts say the real risk to Samsung lies in the reputational damage it suffers in a cut-throat industry, which was harder to determine than financial costs.

"Potential long-term brand damage ... is a greater threat to its credit profile than the direct financial impact, which will be buffered by ample liquidity and a strong balance sheet," Fitch said. Customers will have plenty of choice in the weeks ahead, with South Korean mobile carriers including SK Telecom planning to take pre-orders for Apple's iPhone 7 starting Friday. LG Electronics also recently launched its V20 smartphone. Meanwhile South Korea's central bank said the Note 7 failure could undermine economic growth, although it needed more time to assess the effects.