Food and beverages share in Turkey's inflation basket to come down 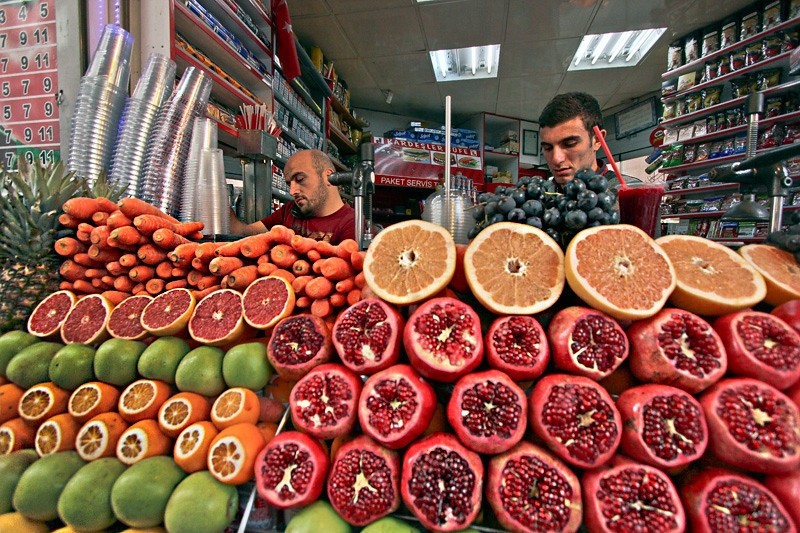 The share of food and beverages in the inflation basket would come down to 20 percent from 24 percent as the income level increases, Economy Minister Nihat Zeybekçi said Wednesday.

In an interview with Anadolu Agency, Zeybekçi said a revision of the sampling process to define the weights of products in the inflation basket would result in accurate figures.

On Oct. 3, inflation decreased to 7.28 percent in September from 8.05 percent in August after food prices slowed down, official figures showed.

According to the government, the inflation rate has been increasing in the country mainly due to two factors: foreign exchange rates and food prices.

Following a wave of fluctuations in food prices in Turkey, the government recently announced reforms to its food committee.

"To say let's make the share of food as 20 percent is against the rule of the economics. Which product would be represented by what percent in the inflation basket is determined by questionnaires," Zeybekci said.

He said defining and revising the inflation basket issue was the domain of the Turkish Statistical Institute (TurkStat) and any government intervention in the measurement process would be out of the question.

"I would like to point out that the weight of food and beverages in the inflation basket was 29 percent when Turkey's national income per capita was only $3,000. It has reached to $9,000 level but that share declined to only 24 percent.

"It does not make sense to me. I believe that this issue should be discussed strongly in the economic environment," he added.

He gave examples of other countries that had similar national income per capita."The weight of food in the inflation basket in Mexico, Bulgaria, Hungary, Romania, Lithuania, Slovenia is between 18 percent and 21 percent, while it is 24 percent in Turkey.

"What I am trying to say is that the prices of foods, which include also fresh vegetables, have very speculative, seasonal impacts on the inflation basket, therefore, it has to be analyzed well," he said.

He also said the expectations were high about the upcoming national wealth fund, which would support exporters via the Turk Eximbank and investors through the Development Bank of Turkey.

"There will be no sale of fund stocks to the foreigners, but it may sell any instrument related with its operations," he said.

"The wealth fund will never be used to intervene in the foreign exchange rates. The market always comes to an equilibrium by itself. There is no need to touch it," he added.