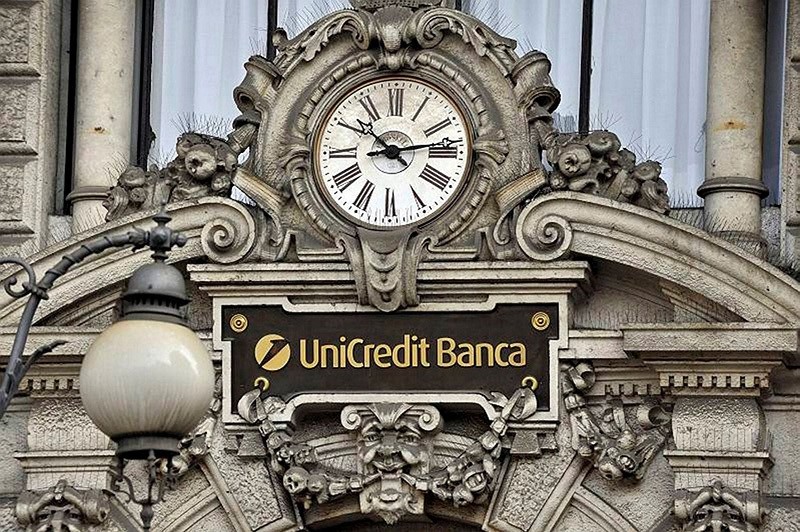 Italy's largest bank, UniCredit, said Tuesday it will unload 17.7 billion euros ($18.8 billion) in soured loans, raise billions in new money and shed thousands of jobs as it seeks to re-launch the company under new management.

It comes amid broad concerns about Italy's banking system, with speculation that one, Monte dei Paschi di Siena, might need a state bailout before the end of the year. Italy's banks are weighed down by some 360 billion euros in bad loans that won't be repaid due to the weak economy.

UniCredit is the country's biggest bank by assets and has significant operations outside Italy, particularly in Central Europe, but it too has large amounts of bad loans that are festering on its balance sheets.

CEO Jean Pierre Mustier said the "decisive actions" to dispose of the bad loans seeks "to improve and support recurring future profitability to become one of Europe's most attractive banks."

The strategic plan announcement comes the day after Italy swore in a new government, creating hopes that a renewed period of political stability would help its troubled bank sector to tap investors to improve its capital position.

UniCredit shares were trading up 3 percent at 2.49 euros in Milan after the announcement.

The bank forecast it would make net income of 4.7 billion euros by the end of the 2016-2019 business plan period and that its Core Tier 1 ratio, which provides a measure of a bank's health, would be above 12.5 percent, from 10.8 percent at the end of the third quarter this year.

The bad loans will be offloaded in two separate transactions in the first half of 2017 to new independent entities in which UniCredit will hold a minority interest.

The bank is asking shareholders to support a 13 billion capital increase, subject to a shareholder vote on Jan. 12. Under the business plan, shareholders will get no dividends in 2016, but the bank foresees an annual cash payout of 20 percent to 50 percent of earnings for the remaining period of the plan.

Since Mustier took over nearly six months ago, the bank has sold its Polish subsidiary Pekao and the Pioneer investment arm, as well as a 30 percent stake in the Fineco internet banking business.

The plan calls for a focus on its retail and corporate clients in western Europe while strengthening its position in central and eastern Europe. The job cuts will reduce personnel costs by 1.1 billion euros, with total annual cost savings expected at 1.7 billion euros.

At the same time, the bank is investing 1.6 billion in internet technologies through 2019.